A is for Arctic

A personal reflection by Alexis.

I started to take climate change seriously when I concluded that the sea ice at the North Pole was melting so fast that the Arctic would be completely ice-free during the summer months in my lifetime. (1)

The quote above is from Rear Admiral David Titley, Chief Oceanographer of the US Navy. He was a climate sceptic, but the changing Arctic convinced him too.

A drip-feed of worsening environmental news stored away in the recesses of my brain became a personal tipping point back in 2005 when I read about the demise of the Arctic ice on the front page of The Independent. This was a seismic shift in my understanding of what was happening.

Suddenly I saw the need for change – by me and by human society as a whole. Not because of the polar bears – although the recent news that polar bear cubs are struggling to swim the larger distances melting sea ice implies is tragic – but because the existence of ice at the North Pole is one of the fundamentals of our world and when you start looking behind the melting ice it is clear that we are in deep trouble.

In 2010 a group of international researchers said there was less ice in the Arctic than there had been for several thousand years. (6)

A widely reported journal study found that 2010 set a new melt record for the Greenland ice sheet. Lead author Dr Marco Tedesco, director of the Cryospheric Processes Laboratory at the City College of New York, said: “This past melt season was exceptional, with melting in some areas stretching up to 50 days longer than average.” (7)

Researchers at the University of Arizona have suggested that warming of the ocean’s subsurface layers will melt underwater portions of the Greenland and Antarctic ice sheets faster than previously thought. Such melting would increase the sea level more than already projected. (8)

Admiral David Titley phrased it succinctly in an interview on US National Public Radio: “If you think of a medieval cathedral with flying buttresses, and those buttresses hold up the walls, well, if you start taking away those buttresses, or start melting the bottom of the glacier that was grounded in the fjord, all of a sudden the ice starts falling a whole lot more faster than it had before.” (9)

Admiral Titley has also said that the US Navy is expecting to see “four weeks of basically ice-free conditions in the mid to late 2030s”. (10)

It’s not just surface area that’s shrinking, but also the volume of ice. Here’s Admiral Titley again: “Just 10 or 15 years ago, there was what people or scientists call multi-year ice, really thick ice which lasts for years and years. It’s probably five, 10, 15 or more feet thick. Almost all of that ice is now gone, maybe only 15, 20 percent – at the most – of the Arctic has that kind of very thick ice. And now, the predominant kind of ice in the Arctic is single-year ice. So it melts in the summer, comes back in the winter, melts in the summer again. That’s a very, very different regime.” (11)

As the ice melts in the Arctic fewer of the sun’s rays are reflected back out into space. The water is dark and so absorbs solar radiation and heats up. This is called the ice-albedo effect and is one of a number of reasons why the Arctic is heating up faster than the rest of the planet.

Other reasons include the fact that colder air holds less water vapour than warmer air. As a result a greater fraction of any increase in radiation absorbed by the surface goes directly into warming the atmosphere. By contrast, in the tropics, a greater fraction goes into evaporation.

Also, the Arctic temperature structure obstructs vertical air motions so the depth of the atmospheric layer that has to warm in order to cause warming of near-surface air is much shallower in the Arctic than in the tropics. (13)

What nobody knows is when a disastrous tipping point, or tipping points, will be reached, when the melting and warming will be unstoppable and when it will provoke other catastrophic changes.

Sea level rises appear to have accelerated because of melting ice and predictions are now at the upper end of the IPCC range ie a metre by the end of this century. The US Navy is expecting more than a metre. (14)

The melting ice will also allow the release of frozen carbon in the Arctic Circle. (15) However, worst of all will be releases of methane from frozen stores in the sea bed, land and lakes. In climate change terms methane is the stuff of nightmares; it has a greenhouse effect 40 times greater than CO2 and has the capacity to push current climate change trajectories into another dimension if it defrosts and enters the atmosphere.

Methane is now reported to be leaking from the sea bed in areas of the shallow shelf seas of northern Russia, and atmospheric levels of methane have began increasing again since 2006 – and continue to do so. (16)

As with sea ice, there may be a point at which the methane release becomes self perpetuating – it may become unstoppable, with dire global consequences. It’s like watching dominoes fall, each falling domino knocking the next one over. The first few dominoes have fallen and the chain reaction is under way – almost inevitably leading to enormous releases of methane, unless we intervene.

Sea ice restoration could be a normal habitat restoration project. We do this all the time in environmental management. It’s like planting trees after deforestation or cleaning up after an oil spill. We now need to re-stabilise a key part of the Earth’s temperature regulation system – the coolness of the Arctic. Above all we must retain the methane in its frozen state.

To scientists and those who follow the science this much is clear. But commercial and governmental interests seem more interested in the crazy scramble to claim, exploit and penetrate the Arctic. The Russians were the first to plant a flag on the seabed floor in 2007. (17)

Nations whose territory borders the Arctic are preparing to explore for minerals. Companies and states which use trans-global shipping routes are looking forward to reduced times for passages when the Arctic is ice-free. (18)(19)

The Arctic has become not only the most potent symbol of how climate change is affecting the planet, but also of the short-sighted nature of 21st century man. Even as we fall over the cliff we will be grasping at the air and trying to sell it for a profit. 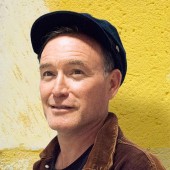 Alexis Rowell is a communicator and business developer in the world of sustainability. He does anything and everything, so long as it’s about inspiring people to take environmental action, or helping businesses and organisations to be more sustainable.