Upgrading the main house starting with the ground floor

We bought The Big Raise at the start of July 2017 and spent most of a very happy first summer living there and enjoying the natural world outside. But we always knew we’d have to upgrade the main house. The dodgy wiring, the 1980s fireplace, the garish floor tiles… 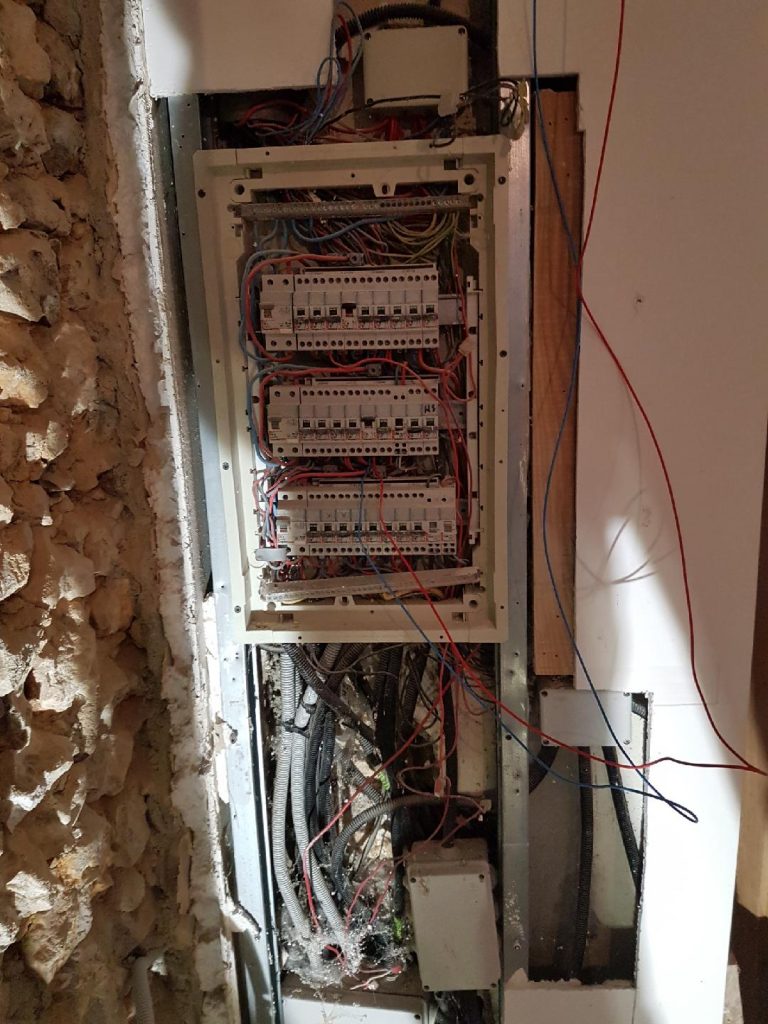 What the electrician saw!

A key element in permaculture is to spend time watching something before you do anything. So that’s what we did between July and October. We observed how we used the house and tried to understand how we could improve it – starting with the ground floor since that’s where we spend most of our time.

So, here’s what we decided to do:

We opened up the wall between the kitchen and the lounge to create a feeling of space. 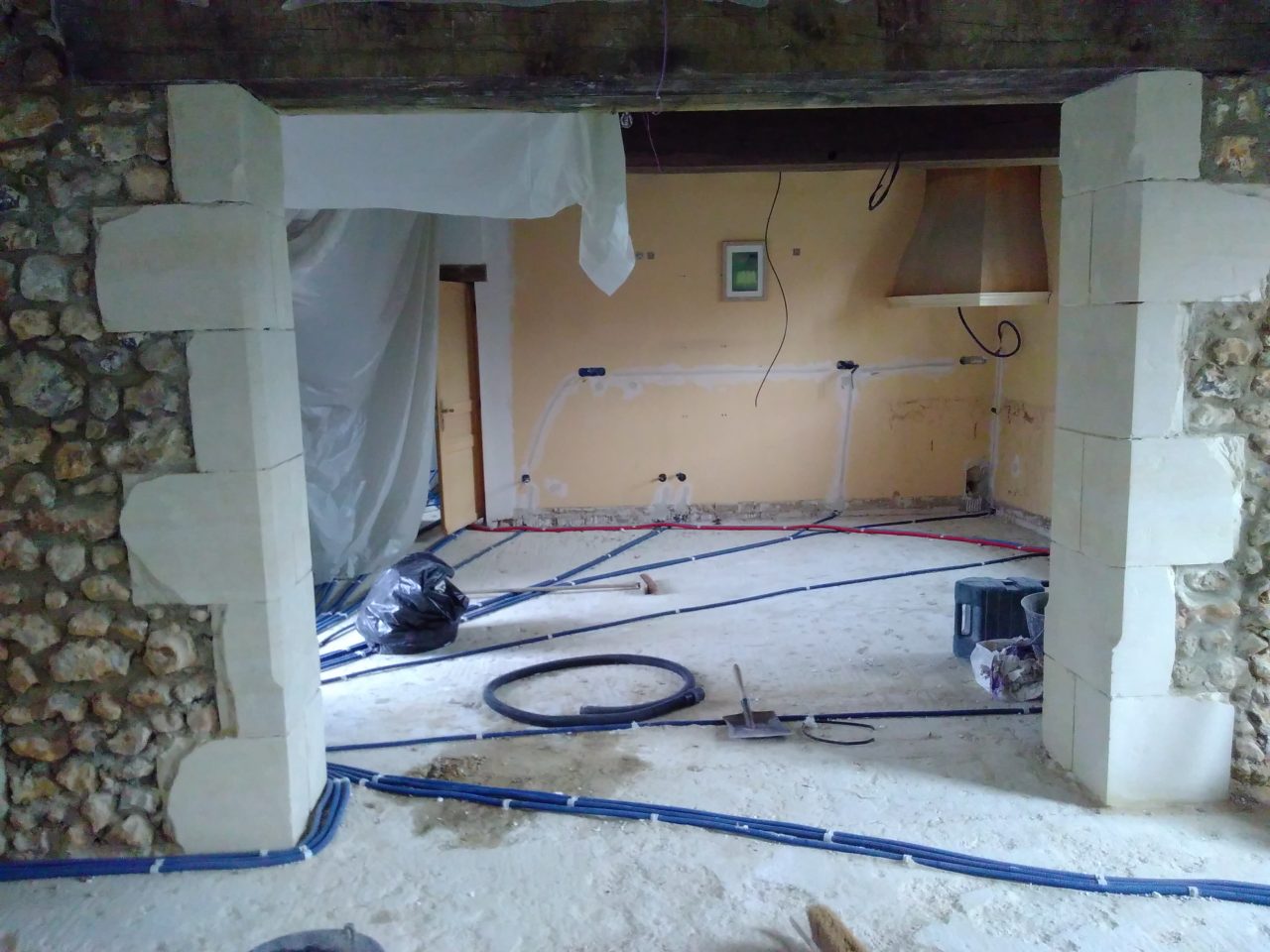 Plenty of room for parties!

The opening has been done with local stone and an oak beam across the top (to hold the house up!). The walls will be covered with render in the local style, like the outside of the house.

The traditional stone and render on the front of the house

The beginnings of a similar approach inside the house

We still have to agree on the colour of the render, but it will either be off-white or yellow. The stone has now been softened, both at the corners and inside the wall. We still need to apply linseed oil to the wooden beam.

We’re in the process of redoing the fireplace to upgrade the wood burner and bring the whole thing into line with the design of the house. The previous version was an ornate 1980s nightmare; our fireplace is a simple design in stone and oak. But we’re planning a proper write-up of our energy strategy soon so watch this space…

We removed the different types of tile on the ground floor and we’re now in the process of replacing them traditional red clay “tomette” tiles. 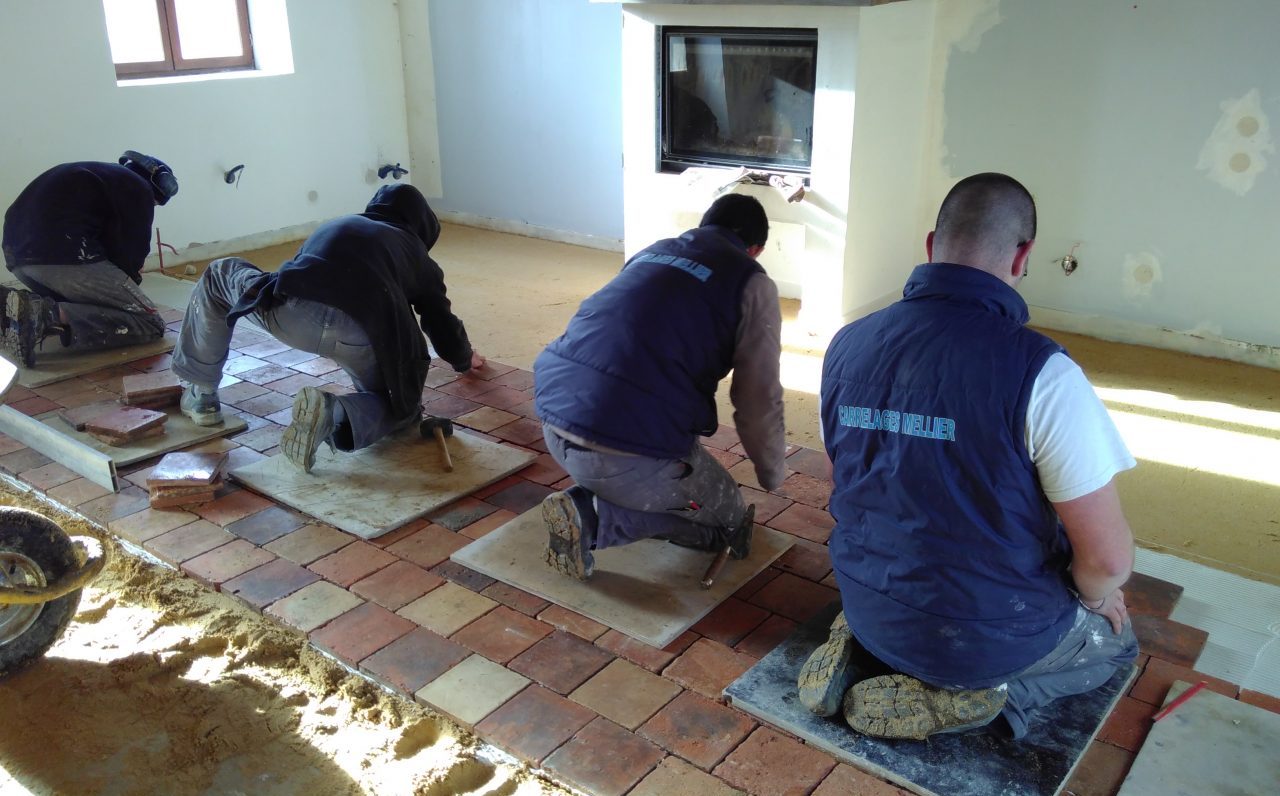 We found the tomettes on Le Bon Coin, a French reuse/resale website. We had hoped to put a layer of insulation under the tomettes, but sadly there isn’t enough room. Still, the clay tomettes should feel a lot warmer than the ceramic tiles that were there before.

We considered putting in underfloor heating, either by running electric filaments under the tomettes, or by using a water source heat pump to capitalise on the difference in temperature between the bottom of the pond and the outside air, but we had to rule both options out because of cost.

A kitchen fit for a cook

We’ve ripped out the old kitchen, which was a disaster in terms of hygiene, ergonomics and environment. For the upgrade we considered four options: an IKEA kitchen; a kitchen built by Alexis in his woodwork classes; an eco-kitchen (lots of solid wood, no toxic glues) installed by a professional, which is what we did for our flat in Paris; or kitchen made up of individual pieces from the Pagnol range at Maisons du Monde.

Sorry about the music!

In the end we ruled out the IKEA kitchen because of the materials they use and because we didn’t like any of their designs. We ruled out the Alexis self-build because we need the kitchen before 2020! We ruled out the eco-kitchen company on cost grounds. We ended up agreeing on the Maisons du Monde Pagnol collection because we liked the rustic look and because the wood is recycled pine. Also, the cost is about the same as IKEA (when you add in all those hidden extras IKEA never tell you about), but a lot less than a kitchen installation company.

There’s another part of the ground floor behind the kitchen which we call the annexe. It will eventually have a bedroom and a bathroom in it. But we’ve run out of money, so it’ll have to wait until next year!

In the mean time we leave you with some excellent news: the pond is filling up! 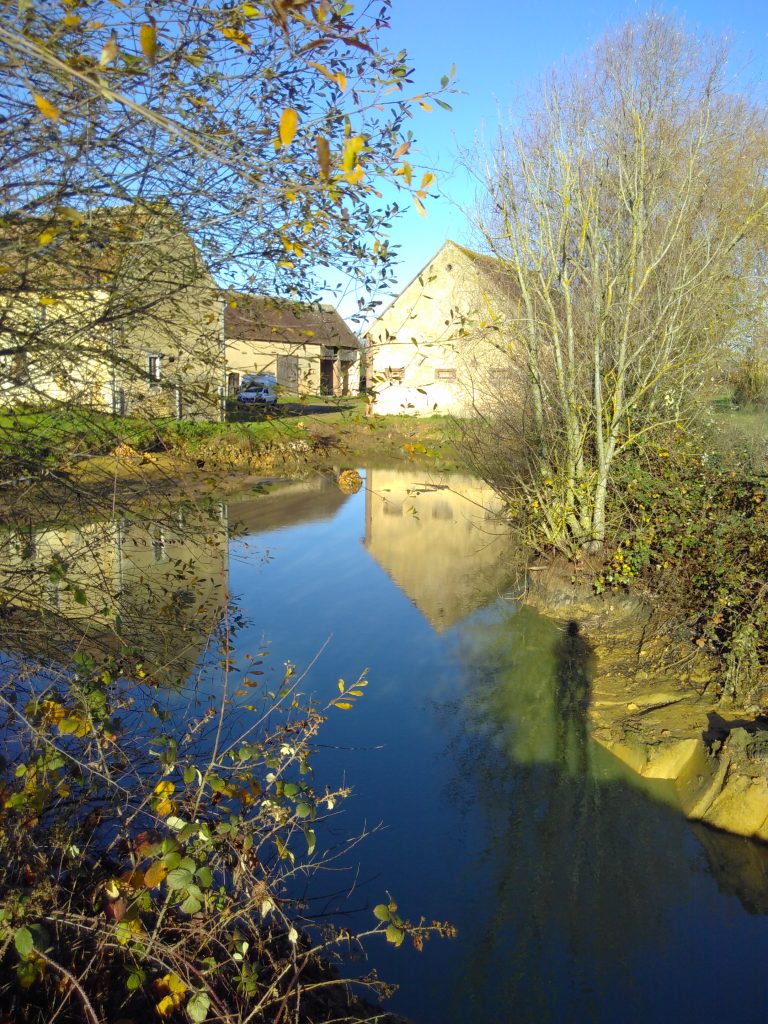 Building the dream – mostly in yellow!