Our future goal is to use wood from our six hectares as our primary fuel source but we’re a couple of trees short of a forest to be able do that just yet! 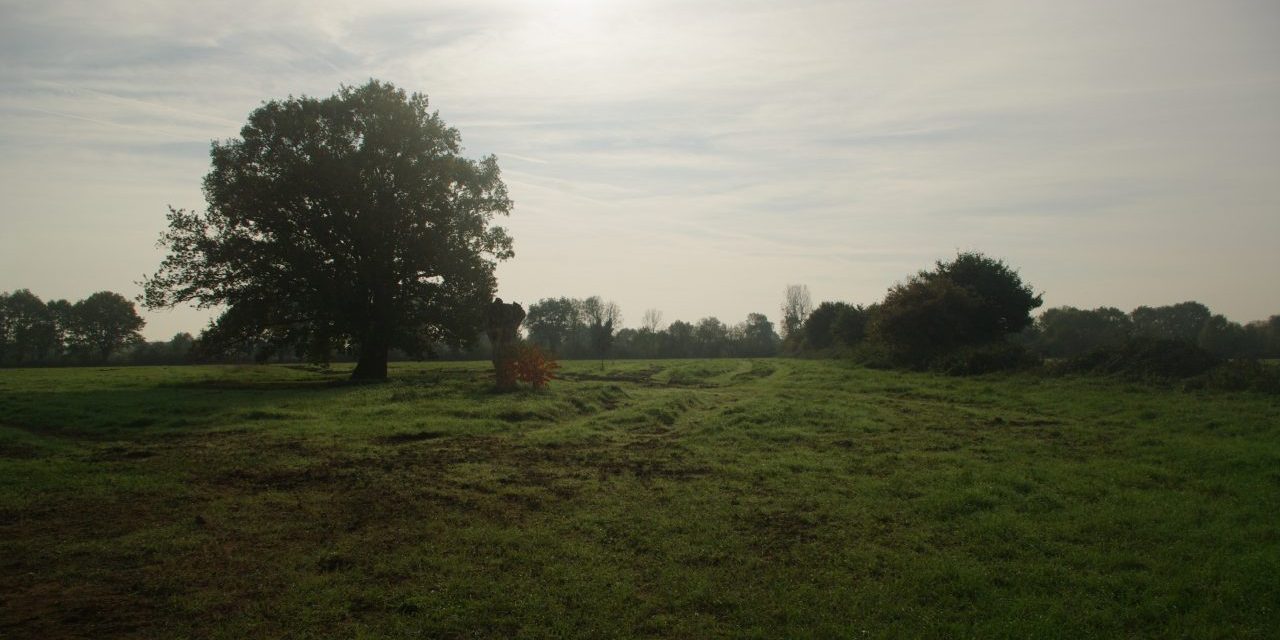 At the moment we receive wood from a local farmer who mows our field and feeds the hay to his cows. That sounds like a good exchange, but it’s not great in terms of inputs (diesel tractor) or outputs (hay fed to cows rather than plant foods grown for humans; increasing acidification of the field because removing hay means removing fertility). But it’s a temporary solution which gives us local wood for heating and means we don’t have to take responsibility for all six hectares right now. The plan is to progressively plant trees in the field over the next five years so Laurent is going to get less and less hay while we get more and more wood from our own land.

Just before we bought the house we found out that the wood burner in the chimney was cracked. Actually, it was a death trap; it was pumping gas into the bedrooms! So, one of our first tasks was to replace it with a new, much more efficient wood burner. We removed the garish 1980s fireplace at the same time! 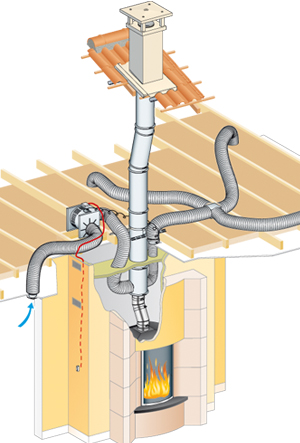 A heat distribution system connected to a woodburner in a fireplace

Our wood burner is connected to a heat distribution system which pumps hot air around two-thirds of the house. The side of the house next to the pond doesn’t benefit so we’re putting in extra insulation there. We’re also going to put electric radiators in throughout the ground floor on an in case of need basis because heating up the house using the wood burner takes time. 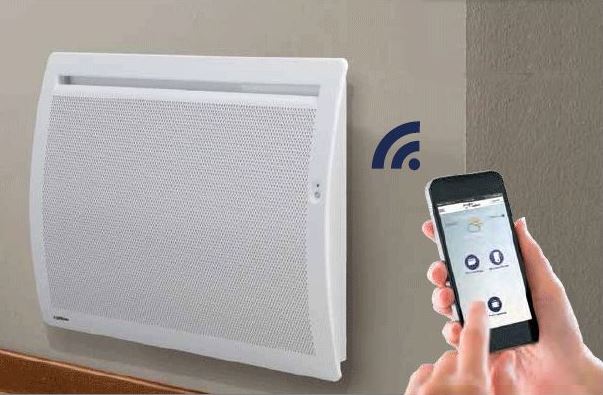 The key role for the electric radiators will be to heat the house before we arrive. They can be controlled via our telephones or laptops. Then, when we arrive, the wood burner can take over.

The electricity for the radiators will come from the grid for now (via renewable energy supplier, Enercoop) but the medium-term plan is to install solar photovoltaic panels, a battery and a reversible electric car charging point, which would allow our future Renault Zoe to act as a second battery by charging when the energy supply is free (solar) and discharging to the house when needed i.e. in the evening or early morning. 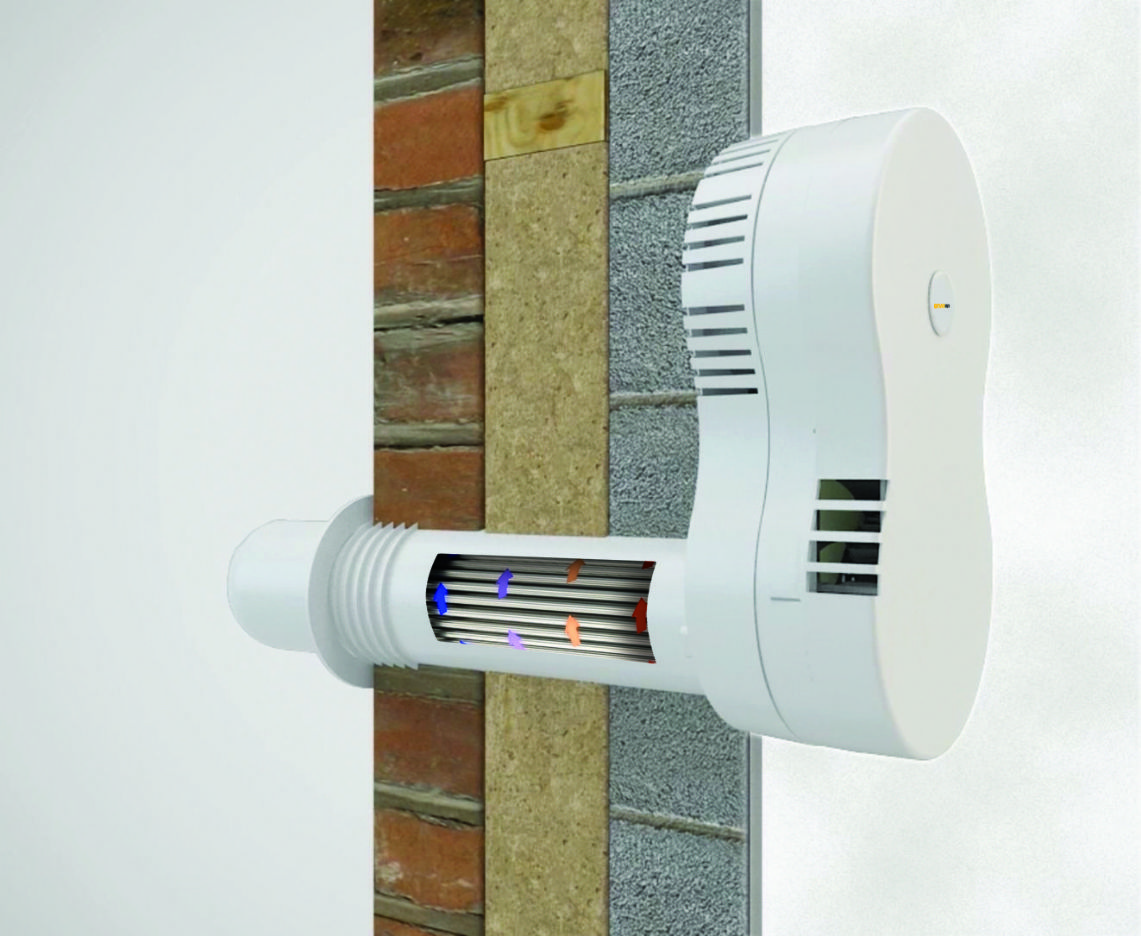 A HeatSava ventilation unit with a heat exchanger for heat recovery

We also have a plan for heat recovery. We’ve bought some HeatSava single room heat recovery units in the kitchen and bathrooms. These ingenious devices work like ventilators in the sense that they expel smells, gases, exhausted air etc and pull in fresh air. But the big difference is that they heat the incoming air using the warmth from the outgoing air via a heat exchanger.

Our hot water currently comes from an electric immersion heater. Our medium-term plan is to install solar thermal panels on the roof to pre-heat the water. Perhaps we’ll make them out of old radiators painted black!

Solar thermal won’t provide us with piping hot water all the time, but it should massively cut down on our need for electricity to heat water. 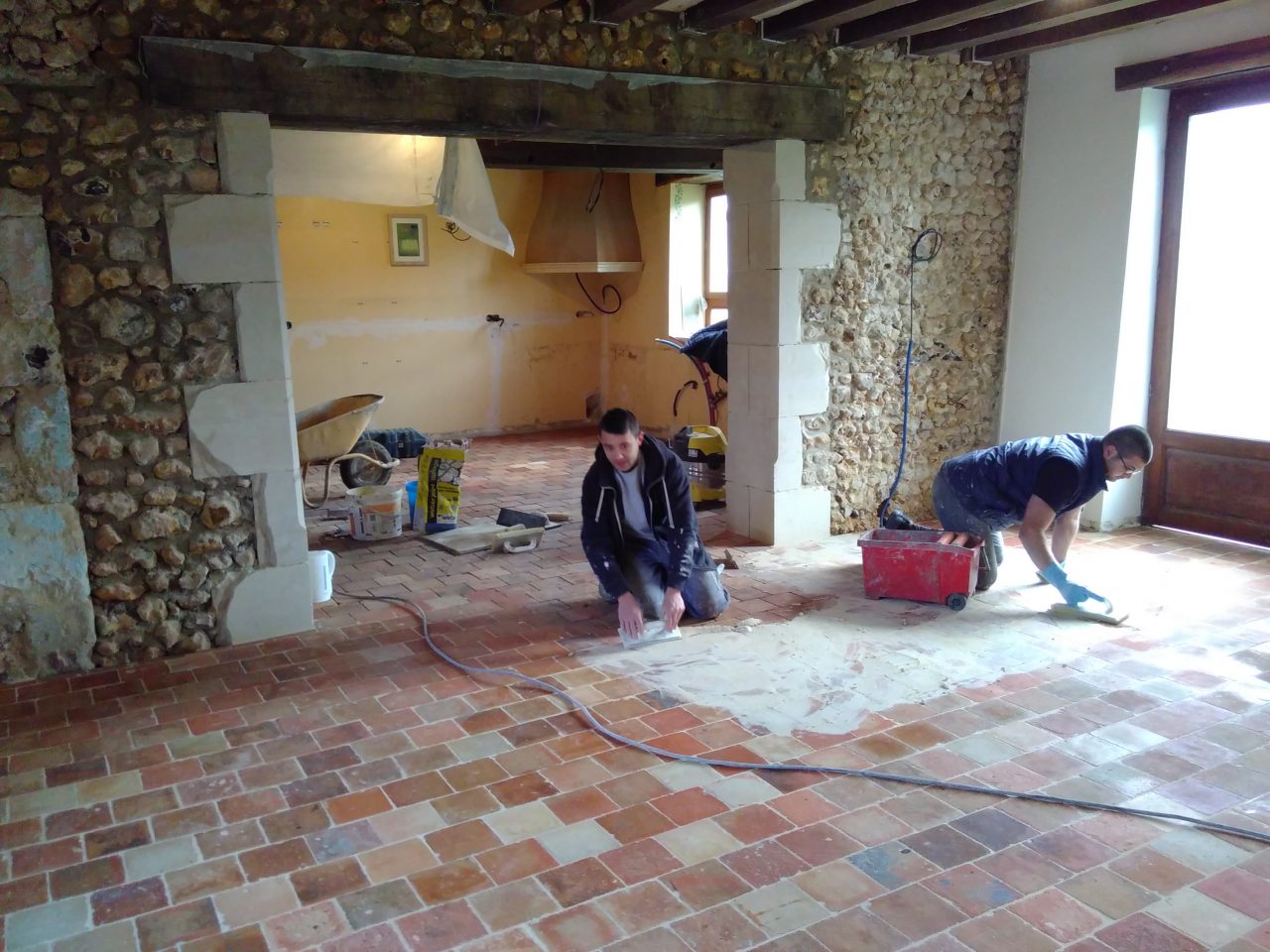 We’ve replaced the tiles on the ground floor with 19th century recycled clay tiles (tomettes) which we found on a French website. We’d have loved to put insulation under the floor, but that would have meant digging up the foundations, which we couldn’t afford to do. Best of all would have been insulation plus underfloor heating fuelled by a water source heat pump in the pond. 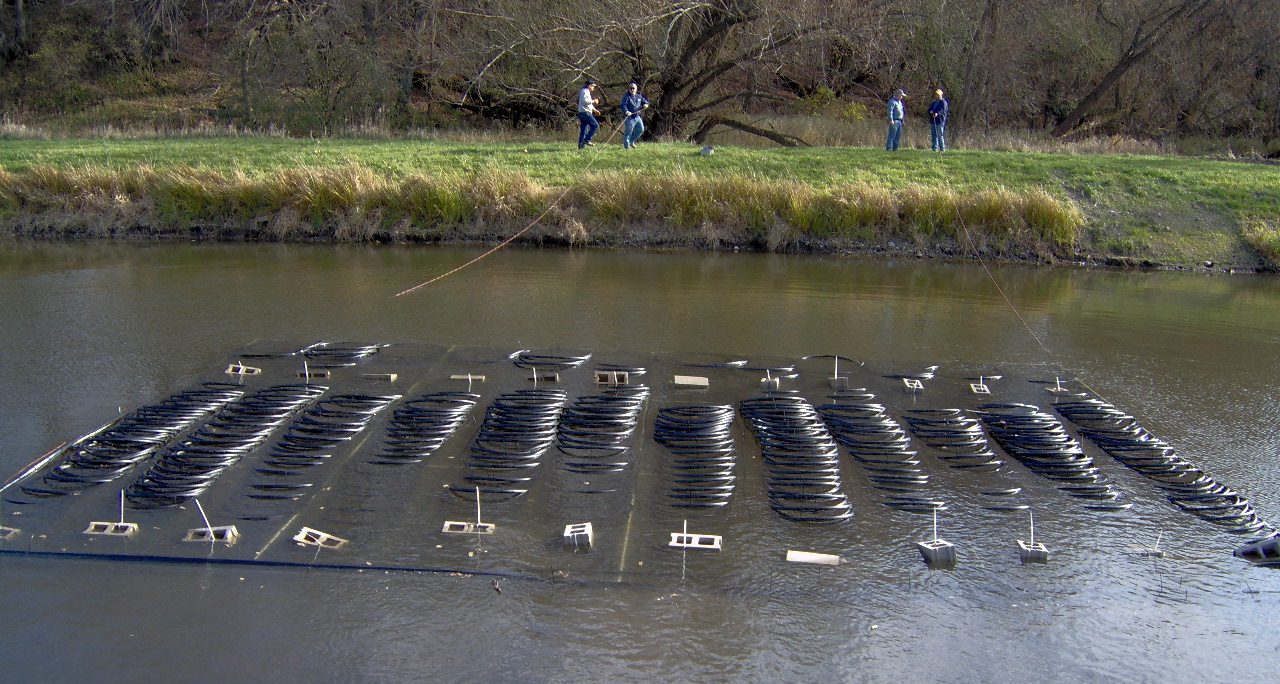 Water source heat pump coils being sunk in a pond

A water source heat pump uses a heat exchanger the difference between the temperature at the bottom of the pond and the temperature under the house. The obvious place to put the coils, which need to be 3m underwater, would have been in the canal we dug when we cleaned out the pond.  But we’ll have another look at this when we renovate the outhouse. 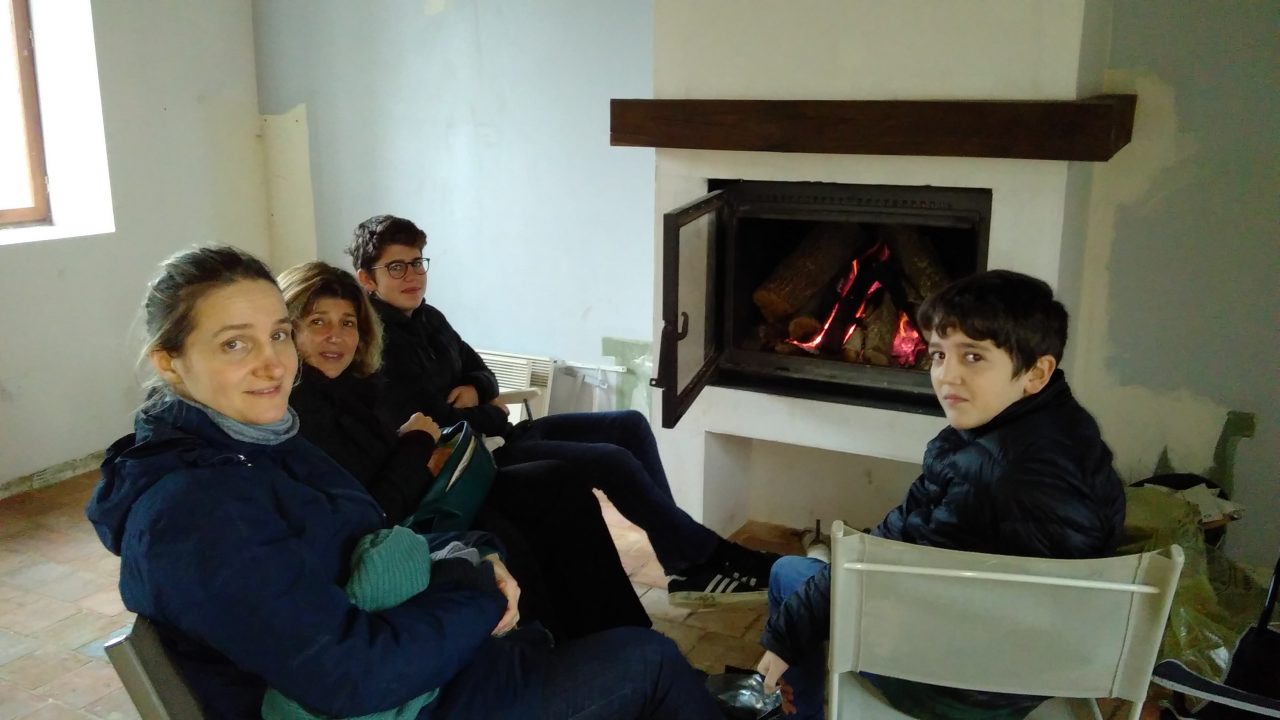 Christmas Day lunch by the fire

At the moment, and for at least the next few years, we’re not planning to live through the winter at The Big Raise. If we were, then we’d need a new strategy involving a lot more insulation and some new windows.