We are delighted to announce that from now on our permaculture, meditation and vegan cooking courses will be donation-based. Instead of asking for money before a course, we’ve decided to give participants the chance to make a donation afterwards if they want someone else to benefit from a weekend with us.

We first came across this concept at our Vipassana meditation retreats. It’s called Dana, which means generosity, charity or alms in Sanskrit. The idea behind Dana is simple: if you feel you’ve learnt something during your time with us, then you donate so that someone else can benefit. 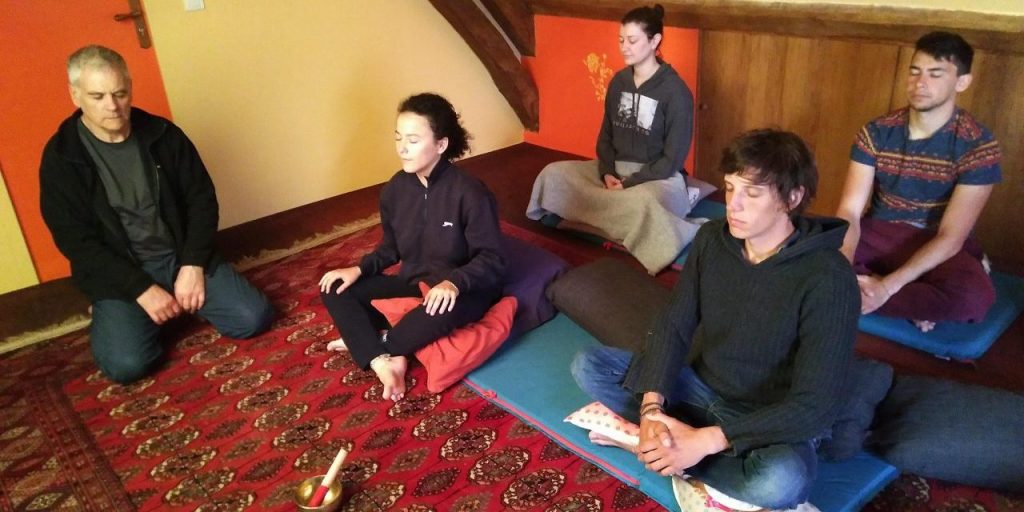 We’re just about to start planting a green manure across most of our 15 acres. This is a mixture of alfalfa, clover, mustard, phacelia, radish and sunflower. That’s 150kg of seeds! The aims are: 1) to break up the clay by sending down deep roots; 2) to bring minerals to the surface; 3) to improve the soil fertility; 4) to let the flowers reseed themselves; and 5) to create biomass (when we cut down the green manure after it’s dropped its seeds). But before we sow the seeds, a local farmer is going to open up the field without turning it using a disc harrow. It’s like running a knife through butter or something. We don’t want to turn the soil because we don’t want to kill the life that’s in the first 30cm. 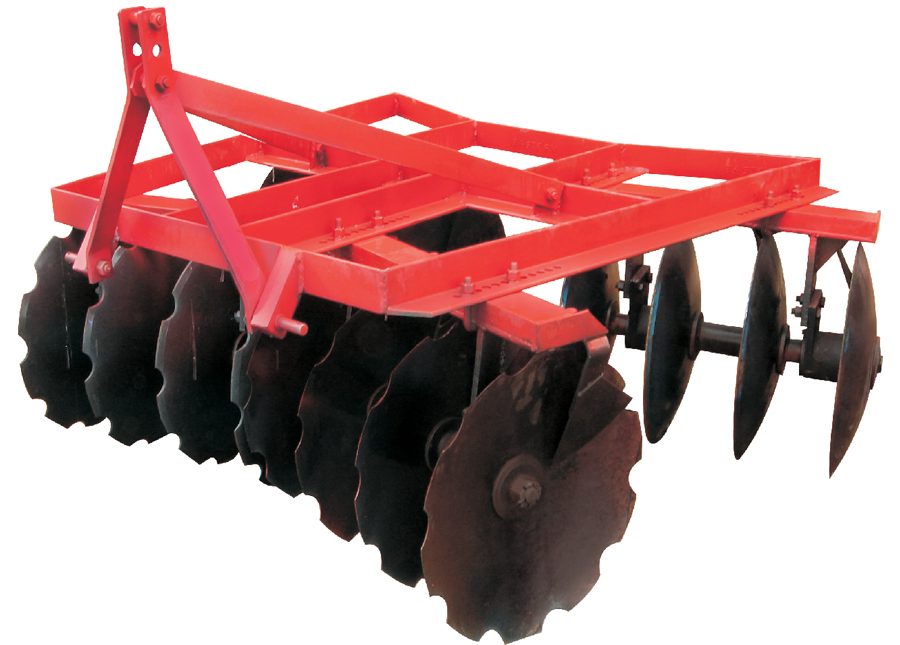 A disc harrow: for slicing open the soil without turning it

We had a fun weekend pruning our fruit trees with Xavier, a former organic orchard owner, who’s now retired. He helped us understand the difference between pruning fruit with pips like apples or pears – never cut the top branch – and fruit with stones like peaches or cherries – open up the middle to let in the light. The pruning process left us with enough wood to cover a quarter of our needs in winter 2020-21. 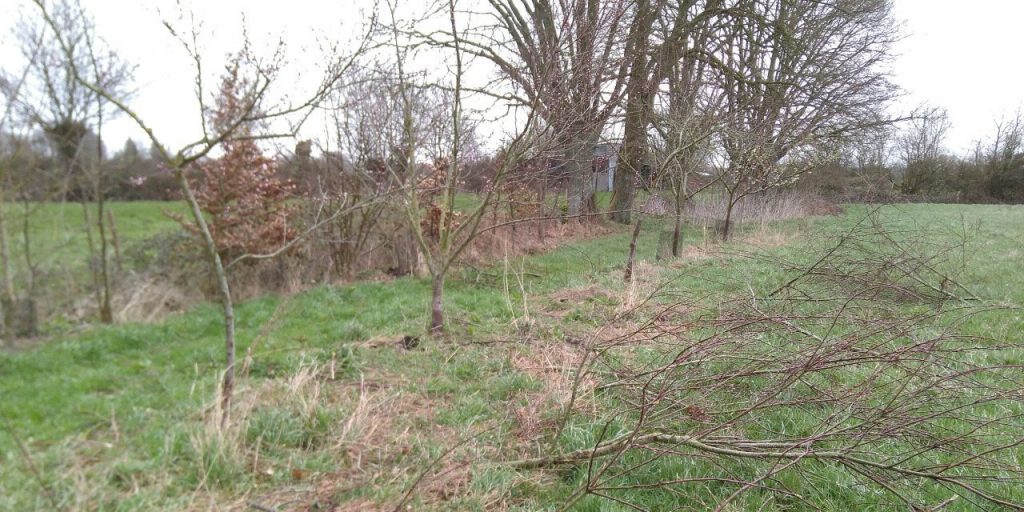 We’ve planted three kiwi plants. The great thing about kiwis is a) they can grow here in NW France and b) they can be harvested in winter. We’ve also planted nearly 200 cuttings from our redcurrants, blackcurrants and raspberry bushes plus cuttings from the Bec Hellouin Permaculture Farm in Normandy. We’re expecting a 50% survival rate but that still equates to a lot of currant bushes! 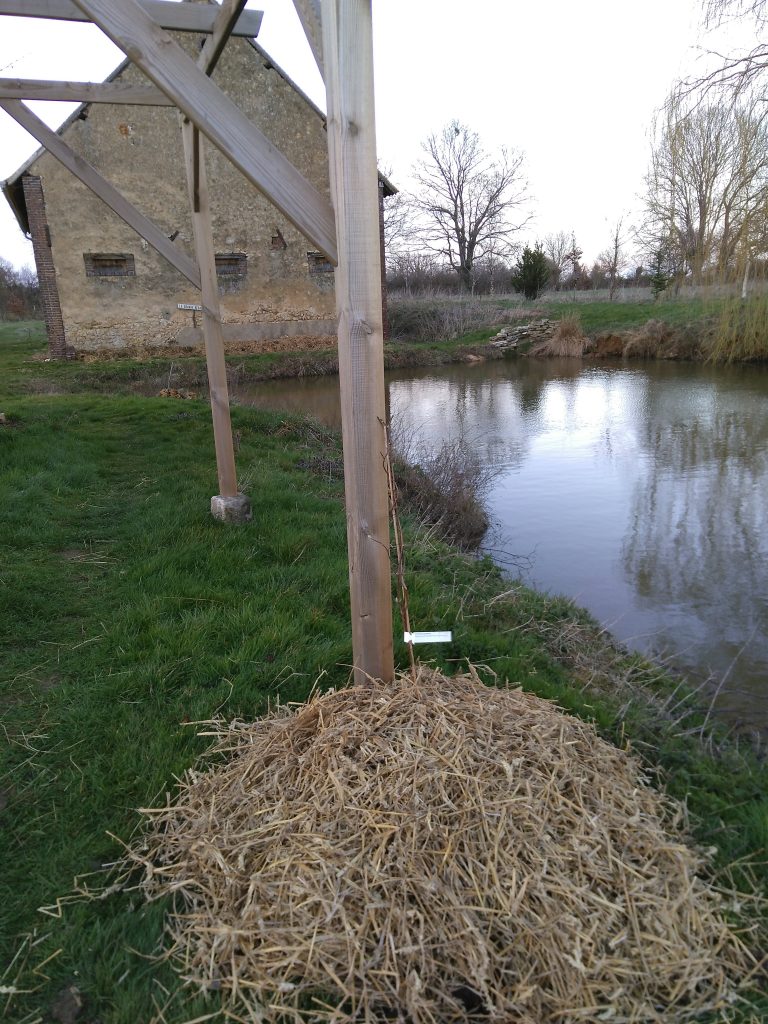 The dig for the second pond is underway. It’s actually on the line of an old hedge which had a ditch in it. Water wanted to go there. A potential third pond showed itself during a particularly rainy period. That’s permaculture – go with the flow! 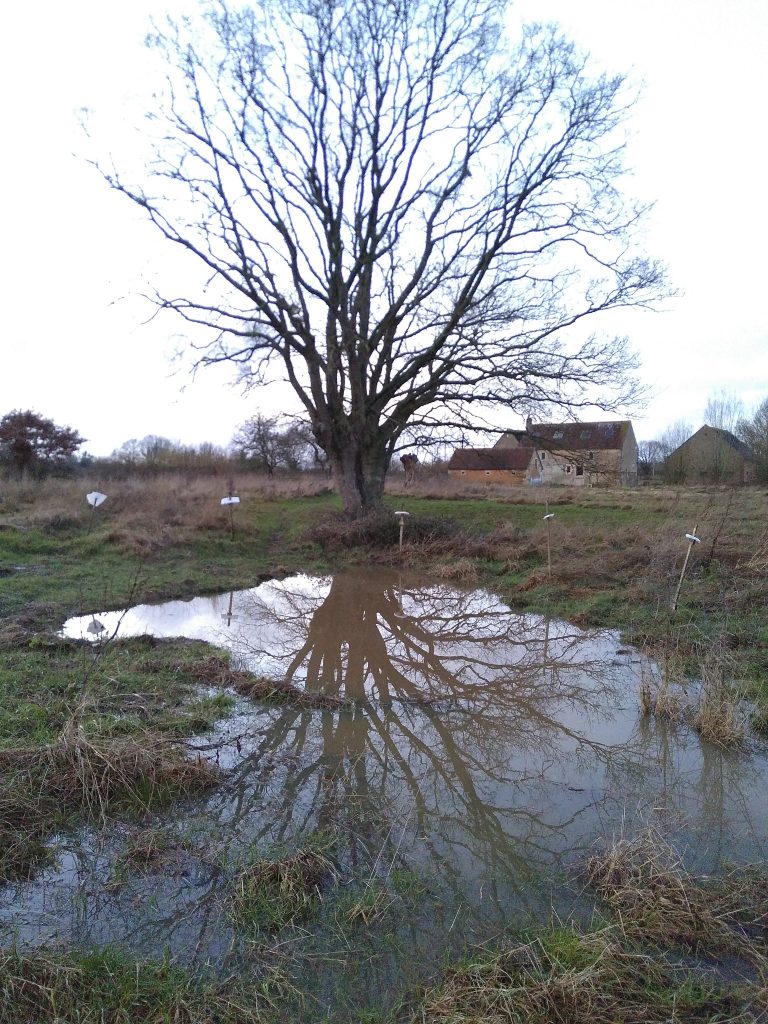 The last of the summer fruit

It’s March and we’ve nearly arrived at the end of our bottled fruits and vegetables. That’s not bad, but this year we want to preserve enough of our own produce to last us through until the end of the hungry gap which is traditionally April-May. 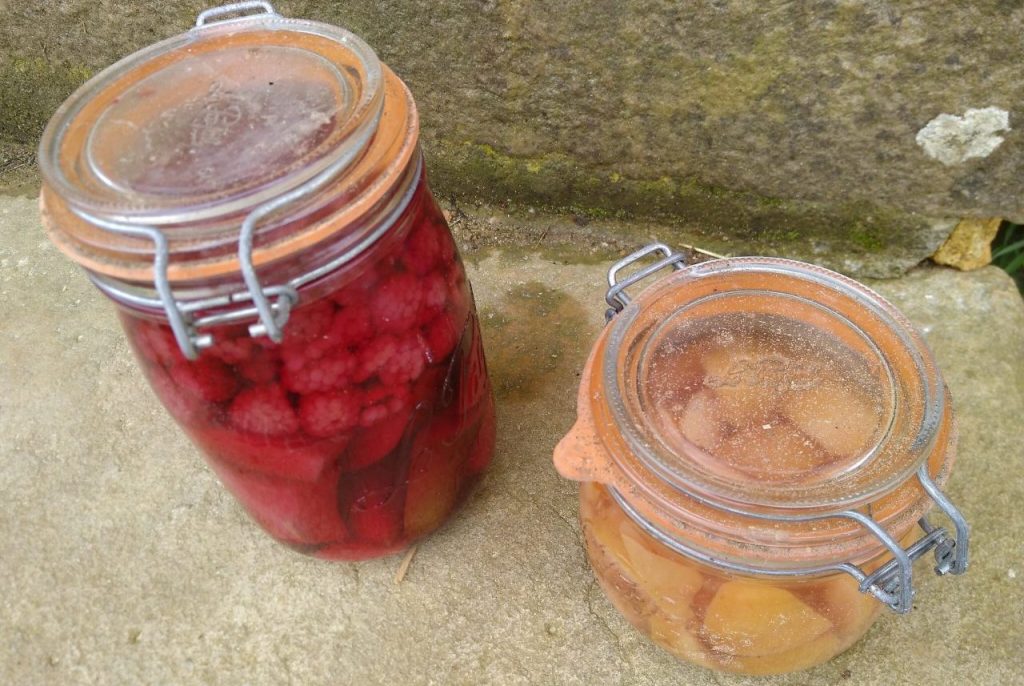 Pear and raspberry on the left and peaches on the right; fresh out of the cellar and therefore a bit dusty on the outside but delicious on the inside