So we’ve done our first three Introductions to Permaculture and Meditation. They seem to have gone well, judging by the feedback. The next one is 13-15 September. We still have room if you don’t mind sleeping in a tent! We’ve just had a group of 12 friends/colleagues book themselves in for a weekend so that’s good! Thinking of doing a permaculture and wild edible plants weekend. And quite possibly a permaculture and fermentation weekend. So many possibilities

No sign of much green manure in the field which is a bit disappointing. Spent 1000€ on seeds and 150€ getting the farmer to “scratch” the field. So now trying to decide whether to let the farmer cut the field and take the hay in the hope that the seeds which didn’t germinate first time round will do so now. 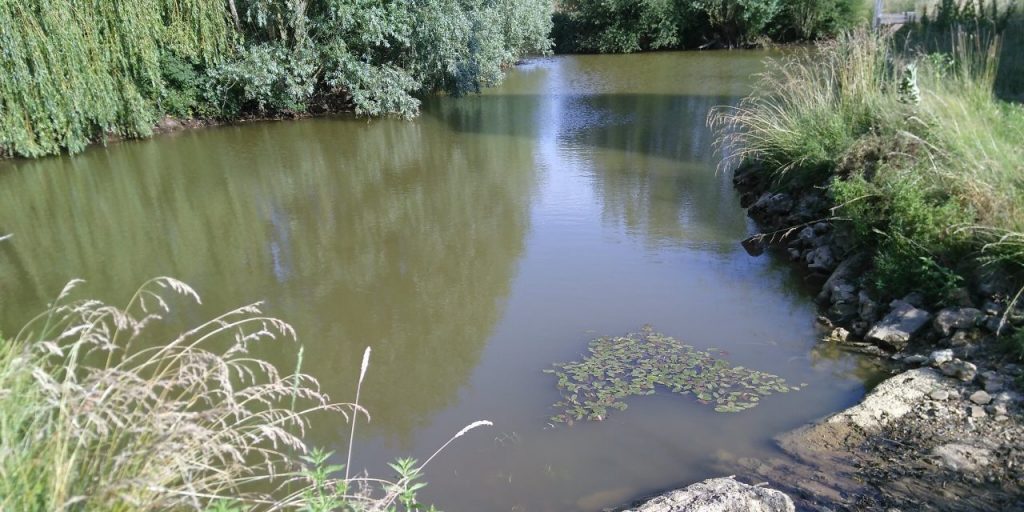 The pond is going down fast. We didn’t get nearly enough rain this spring and now we’re in a prolonged dry spell. The forecasters aren’t predicting any rain at all for the next two weeks. Last year it rained once in June, once in July, once in August and once in September. Could this year be even worse? That’s why we need a pond every 2.5 acres.

By the way if any of you have children (or partners!) who might like to throw mud around, then we have a mission for you in the pond…

We’re going to have to add this next issue to the long list of mistakes we’ve made: the plastic sheets we were sold to keep weeds down in the vegetable plot have just began disintegrating. That meant thousands of pieces of microplastic to clean up. Complete nightmare. Lucky the delightful ladies above were on hand to help!

The water hens have had babies and there’s a baby owl in the bike shed. There are three hares living in the drive. You can see where deer have been lying in the field, but we haven’t seen any yet. We do stumble of quite a lot of pheasants in the long grass. It’s a veritable animal sanctuary here. Let’s hope the cats don’t disturb the equilibrium!

We eat lot of tomatoes in our household. Given that tomatoes bottle really well, we should be able to be self-sufficient. We ran out of last summer’s tomatoes in February so we’ve planted twice as many tomato plants as last year. This year, with about 70 tomato plants in the ground, we’re hoping to make it through the hungry gap (February to May)

That’s fresh raspberry juice in the red bottle above by the way. Take one glut of raspberries, put them in the mixer, add water and blend. Yer-um!

A chef came to visit the other day and asked if we wanted to supply restaurants. Our friends at Café Odilon in Paris had previously asked the same. But we don’t. Not any time soon. We’re still experimenting. Also supplying fresh produce feels like a mug’s game. Or rather, you have to be on top of your game every day. Our plan is bottles fruits and vegetables, fermented foods, nut oils, nut butters, nut flours. That sort of thing.