D is for Doughnut (Economics)

“I sat down and tried to draw a picture of human well-being in the 21st-century. What are the necessary fundamentals of well-being? And it came out looking like a doughnut with the hole in the middle. So in that hole in the middle, is a space of deprivation. It’s a place where people have fallen short on life’s essentials be it food, water, healthcare, education, political voice, income, access to work, electricity, housing, you mean it, these are the essentials of well-being, as agreed in the sustainable development goals, that the world’s governments have agreed in 2015. So every person in the world has a claim on meeting those essential needs so that we all led leaves of dignity, of opportunity and community. So we want to get everybody out of that hole in the middle of the doughnut into the doughnut itself.”

Extracted from an interview with Kate published by The Next System, 23 August 2017.

And here’s her doughnut diagram: 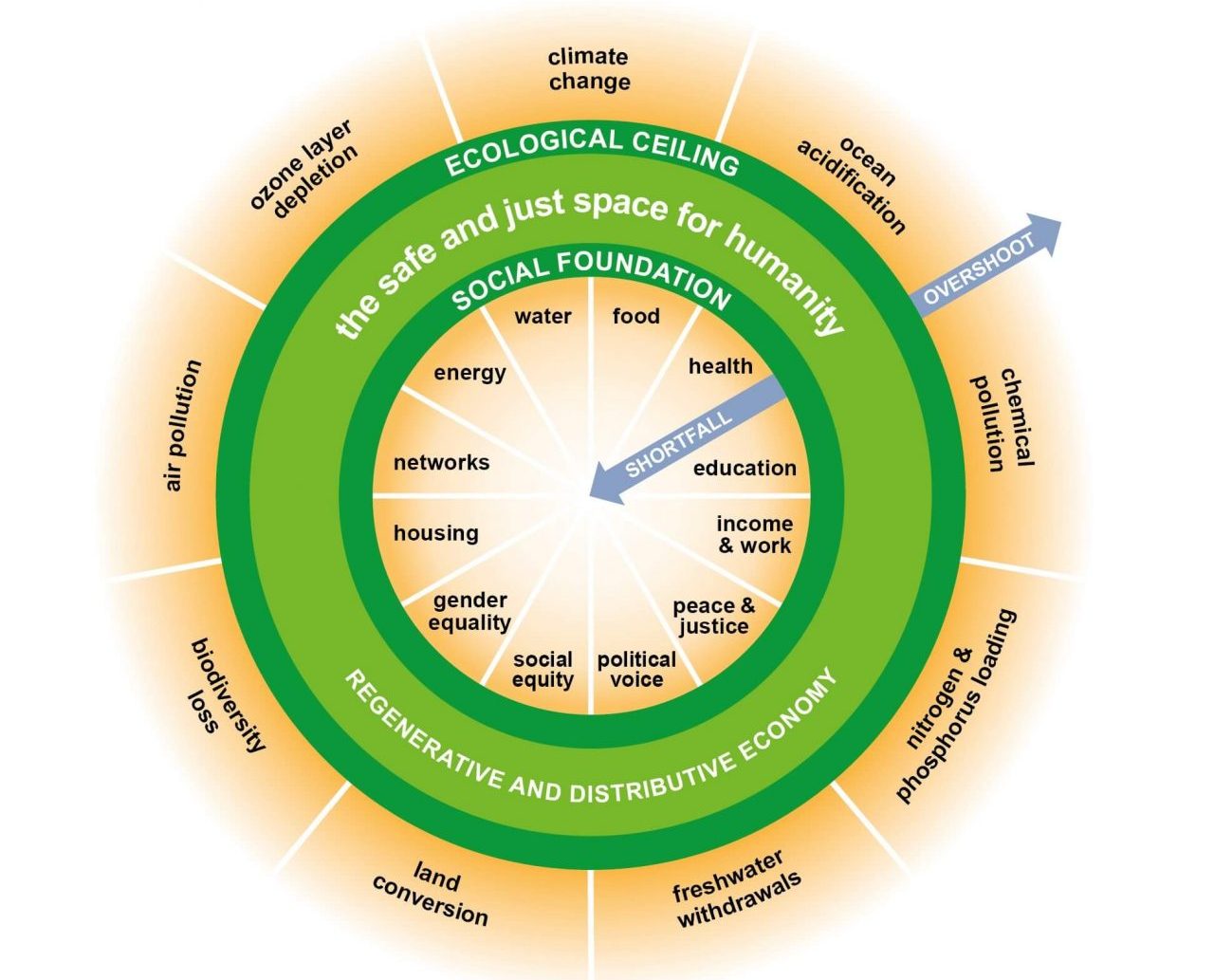 And here’s what others say:

George Monbiot in The Guardian

Doughnut Economics: a Step Forward, but Not Far Enough

D is for Design

D is for Deodorant