In permaculture you’re supposed to watch the land for a year before you do anything so as to get a feel for existing trees and plants, prevailing winds, local micro-climates, the lay of the land etc. We’ve been visiting The Big Raise since February 2017, and the previous owner, Steve, has become a good friend, so we have a pretty good idea of what the land is doing and the way the wind is blowing, but still we’re going to wait until the autumn of 2018 before we do any serious tree planting. 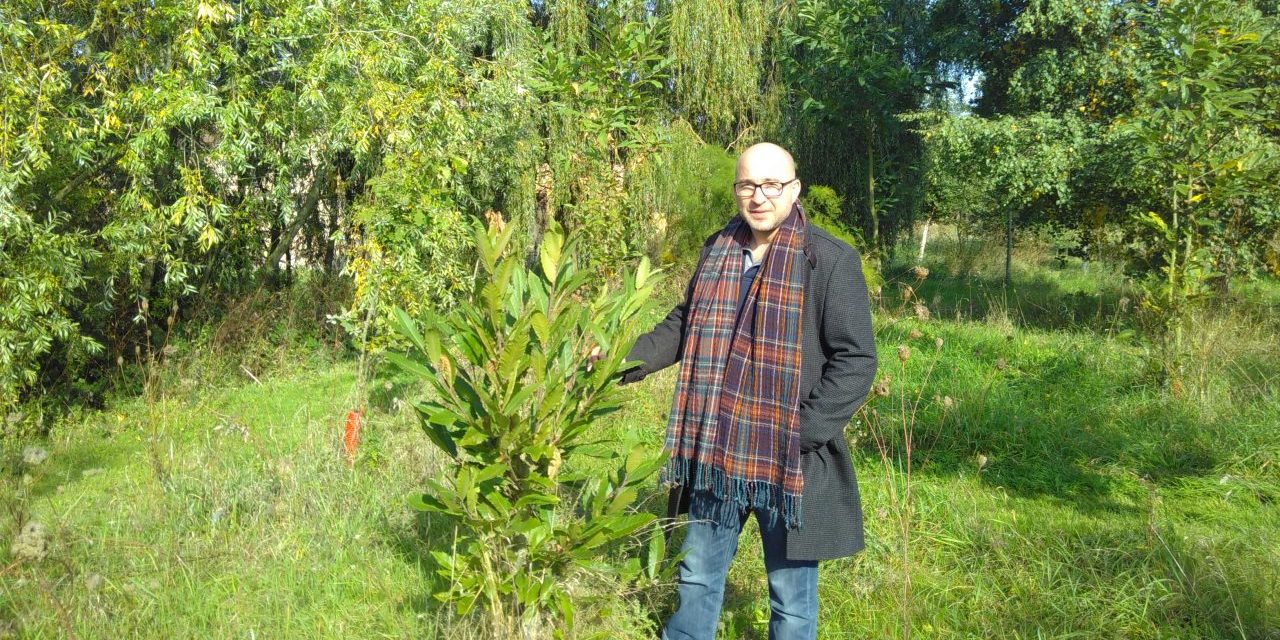 The previous owner, Steve, in what we now call “Steve’s Wood”

We already know that fruit and nuts grow well here; thanks to Steve we have an abundance of peaches, sweet chestnuts, walnuts, hazelnuts, cherries, apples, pears, raspberries and grapes. But we nevertheless decided to get our soil analysed by the legendary Dr Bourguignon and Dr Bourguignon. Legendary in permaculture circles anyway. The Bourguignons, whose goal is to restore sick soil to full health, shot to relative fame as a result of a 2016 French television programme called “Soigneurs de terre” (“Carers of the soil”). 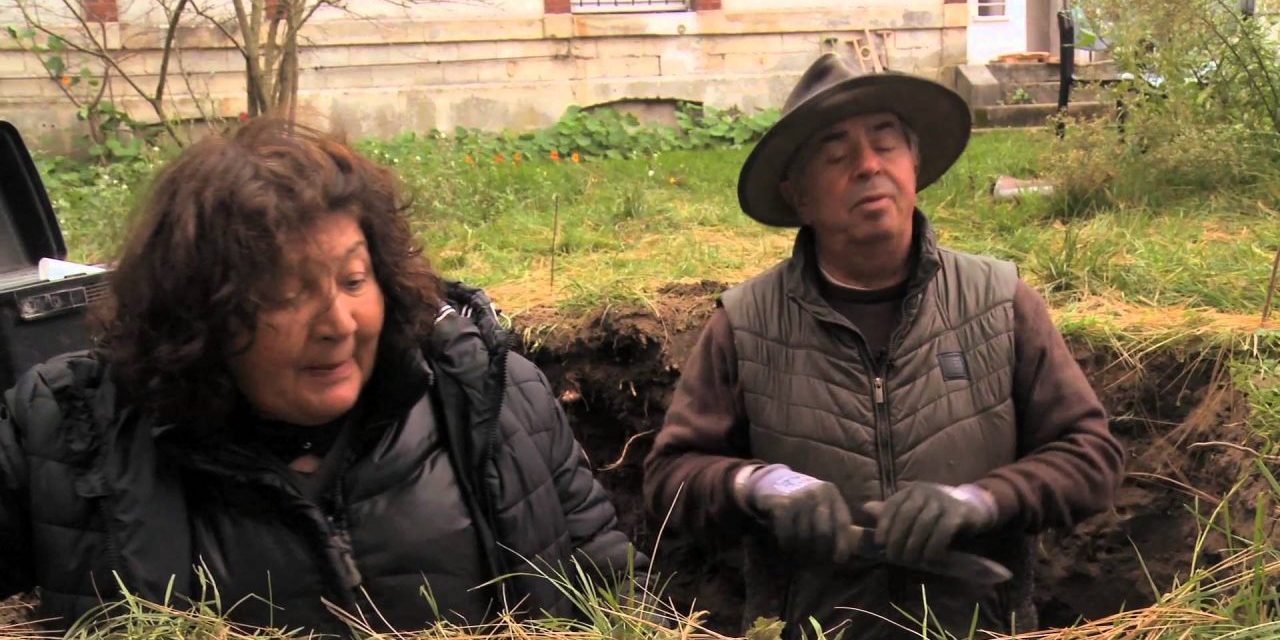 Dr & Dr Bourguignon in a hole

Our friends at the Bec Hellouin permaculture farm called in the Bourguignons last year, but now say they wish they’d contacted the earth doctors when they started as it would have saved them years of pain.

We needed to dig a hole and send soil samples to the Bourguignons. Fortunately, Alexis’s 22-year old French godson, Adam, was determined to build up his muscles during his summer holidays!

In three hours, Adam and his younger brother, Jonas, dug through 70cm of the local “limon” soil (fertile, stone-free, deposited by wind at the end of the last ice age) and then hit clay. A few buckets of water to soften the clay got us down to 100cm. But we needed to go much further. We wanted to know: a) what the Bourguignons would say we needed to do to enhance our land for fruit and nut trees; b) whether we could clean out and deepen the pond without piercing the clay layer which keeps the pond watertight. 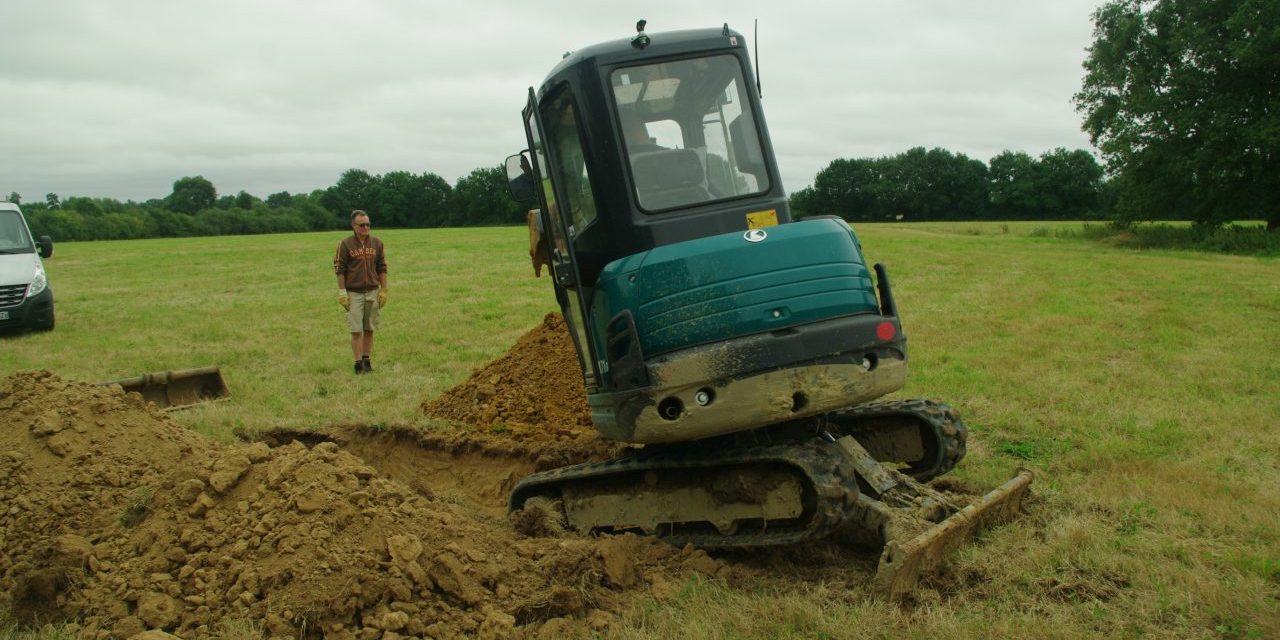 In holy awe at the man with the digger

So, we called in man with a diesel-powered mini digger (our second concession to fossil fuels) and he took us down to 3m60 in a matter of minutes. From 70cm to 3m60 there was nothing but clay. We set some aside for making a pizza oven and then filled the hole with water to see if it was watertight.

The hole and Blanche’s boot

After a couple of days, it became clear that the water wasn’t seeping away. Then came the Sisyphean task of refilling the hole – this time by hand because the digger had gone. Luckily Alexis’s lifelong friend, Hervé, and his son, Jeremy, had come to visit. They were awesome. Such a great father and son team. We filled the hole in an afternoon, which was all the more amazing since we only had one decent spade between us! 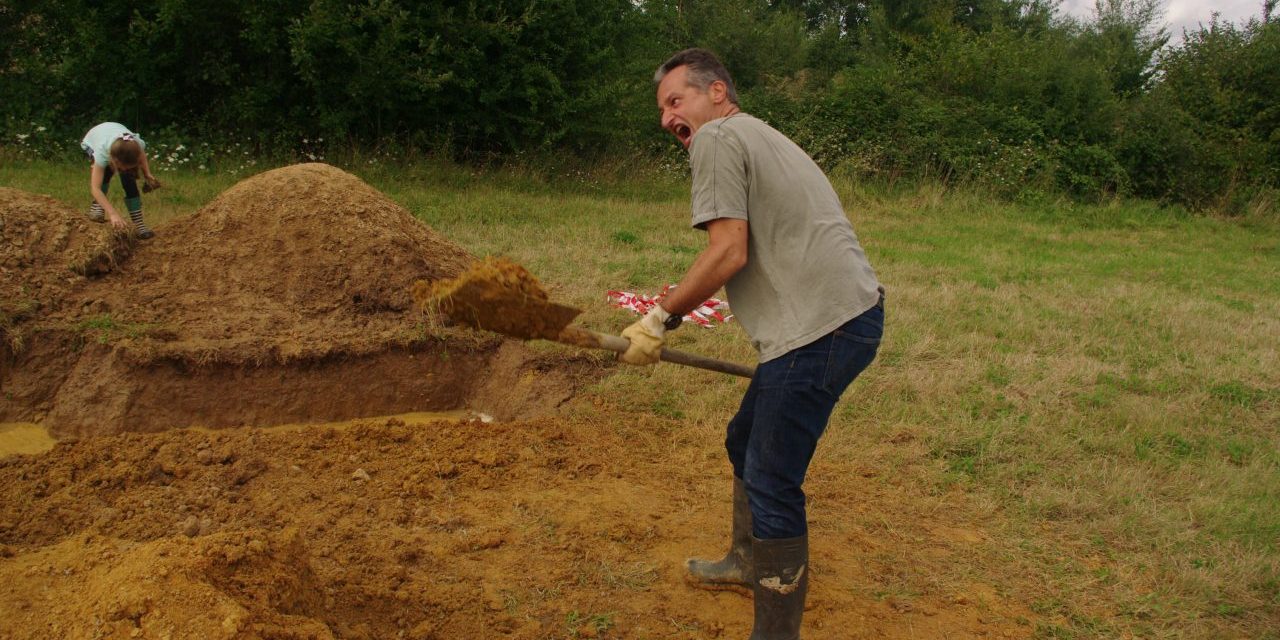 Hervé Heathcliff, lead singer of Rage Against The Hole

One of the key ideas in forest garden is that by using different levels (ground, bush, small tree, large tree, climbing plants) you can be as productive as a conventionally farmed field whilst having far less impact on the land. We’re not going to plant most of our forest garden until we’ve watched the land and done a permaculture design plan, but we thought we’d do a little strawberry planting to give you an idea of what the different levels might look like. 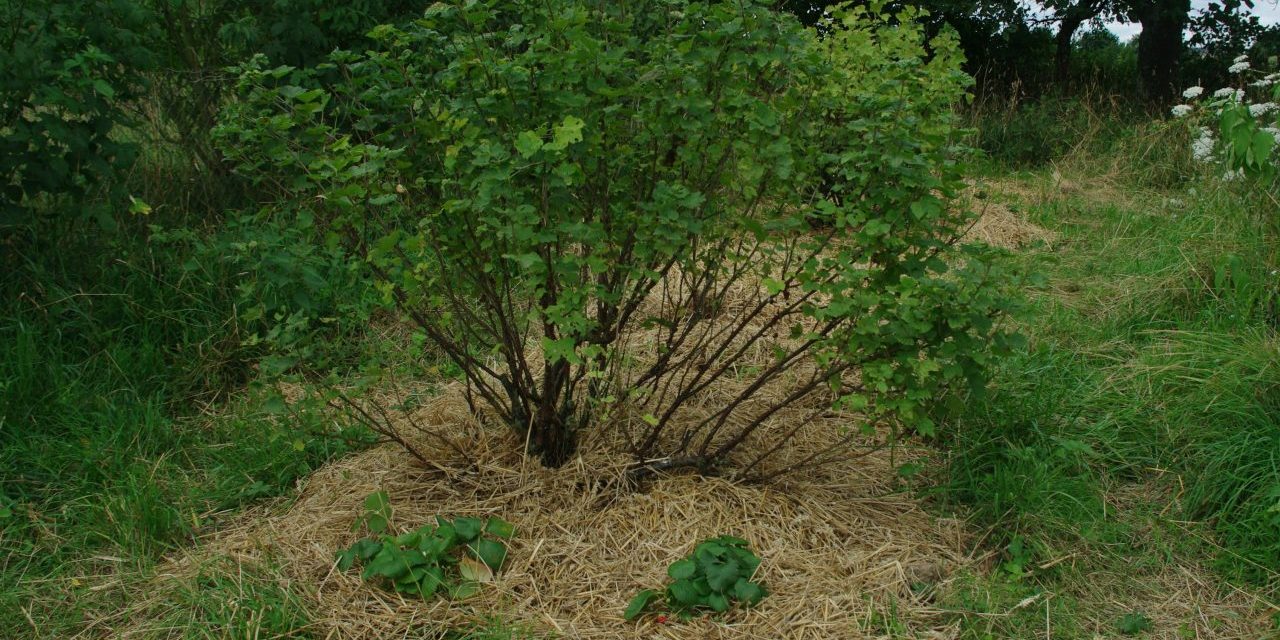 Redcurrants, strawberries and straw – the beginnings of a forest garden

Another key permaculture idea is never to leave the earth uncovered. Soil hates light and wind. Soil loves a covering of straw. Protected from the elements, the worms and other beneficial creatures can get on with improving the soil. Luckily, we’ve got loads of straw.

We spent several days clearing the weeds (plants in the wrong place in permaculture speak!) from around the red currants and raspberries. They had all but disappeared into the nettles, thistles, bindweed and brambles. We gave them a new lease of life and we’ve been eating raspberries ever since. In place of the weeds: straw, straw and more straw. You can never have enough straw. 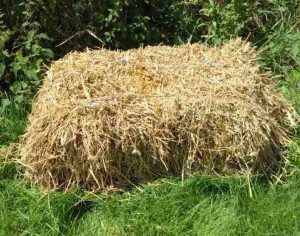 A very useful thing, as permaculturist Winnie-the-Pooh might have said

Upgrading the main house starting with the ground floor