We’re going to need to store a lot of rainwater on our permaculture farm: 1) to water trees and plants as the summers become drier because of manmade climate change; 2) to enhance biodiversity, and attract creatures like frogs and swallows that will eat the insects that attack our crops; and 3) for swimming!

When we bought The Big Raise our one pond, although beautiful, was mostly full of mud. Our neighbour Louis said it had never been cleaned in his lifetime so that takes us back to the Second World War. Plenty of fish live in it though: hundreds of roach, a small, silvery, freshwater fish who do synchronised swimming sequences to Olympic standards! So we decided to clean out and deepen the pond, whilst protecting as many fish as possible. 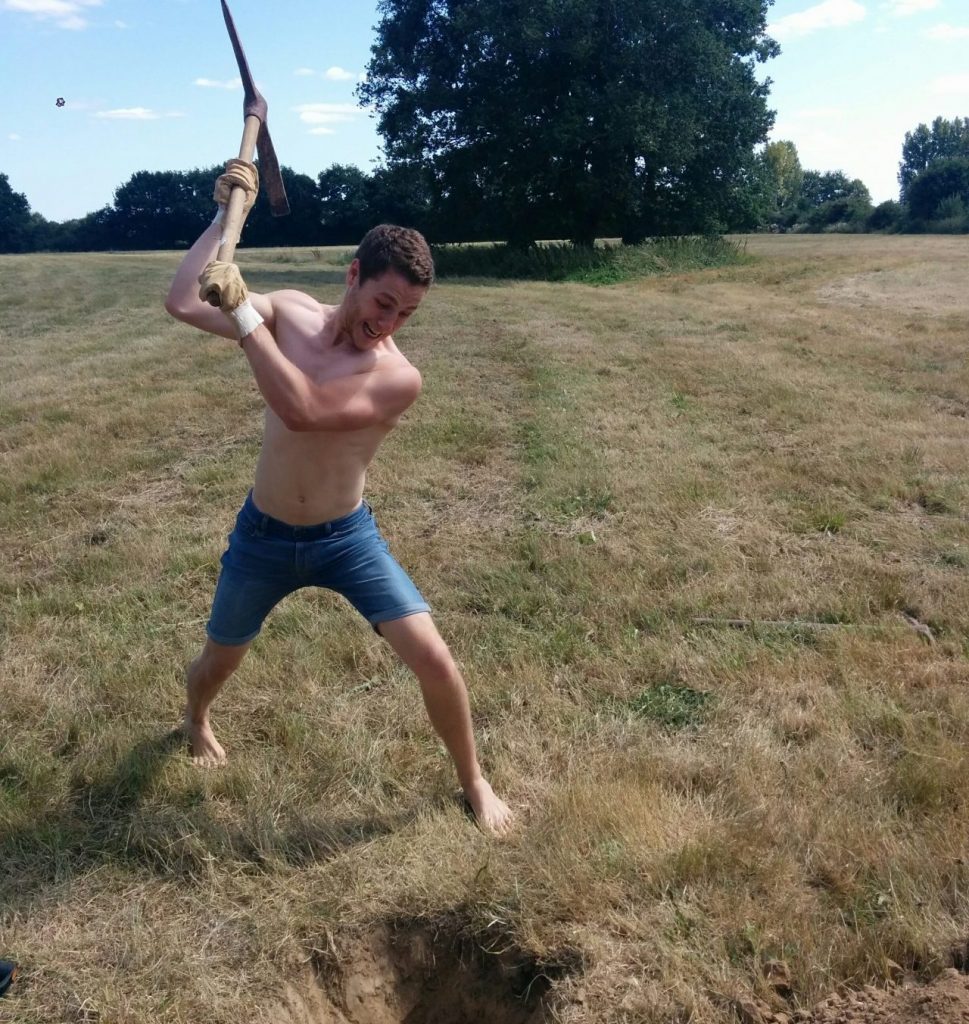 First of all, we had to find out how far down we could go without piercing the clay layer which holds the water in the pond. It turns out that we have “limon” soil (decomposed organic matter) from 0cm to 70cm and then clay from 70cm to 3m60, so that gives us plenty of margin for error. (See here for the story of excavating the test holes). 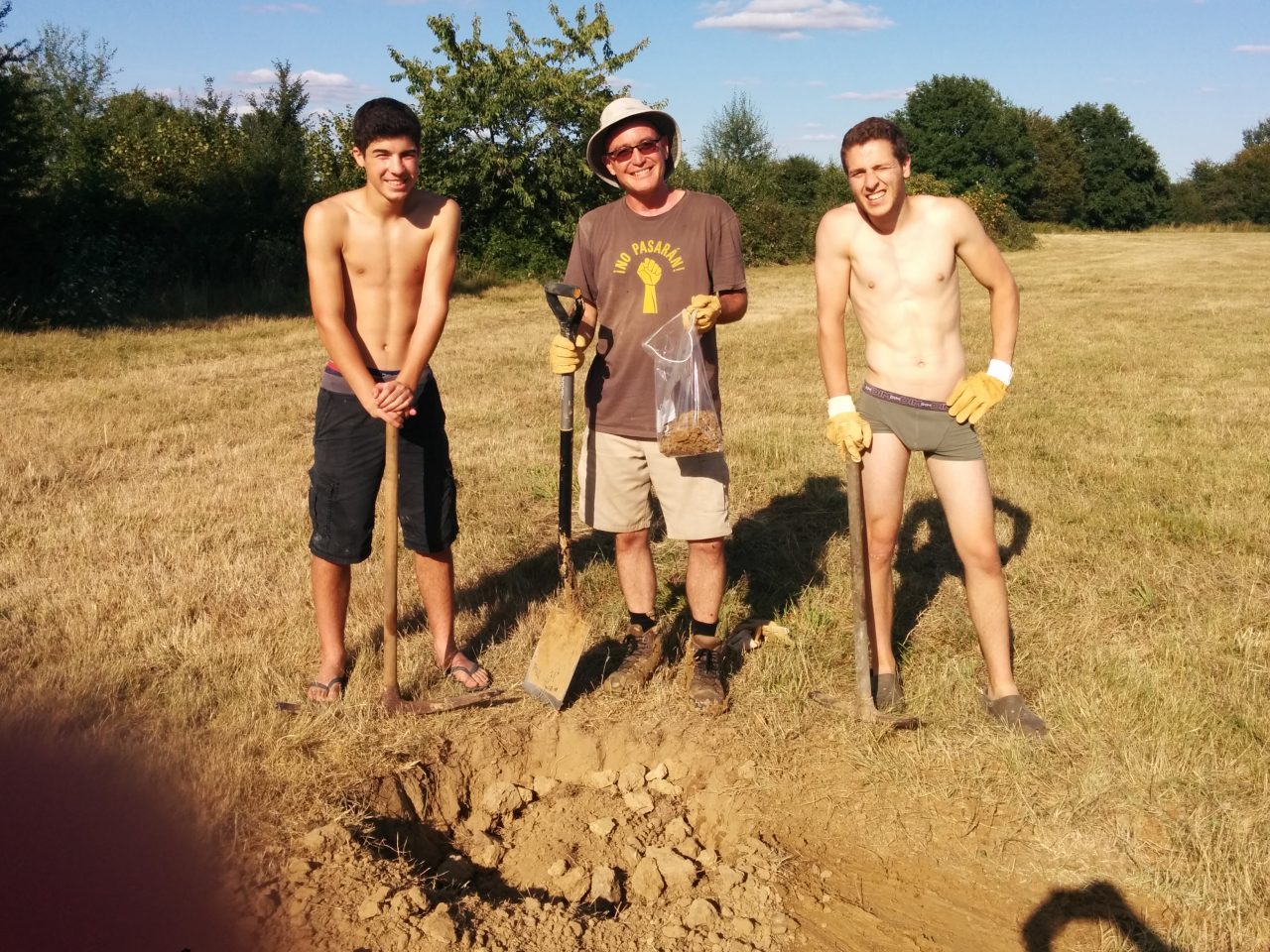 Since one of our aims was to create a natural swimming pool, I contacted some specialist companies, but they only wanted to create closed loop, fake-natural swimming pools they can control (which means no trees around them shedding nasty, dirty leaves) and they wanted silly money (tens of thousands of euros).

So, being trainee maker-farmers, we decided to do it ourselves – with the help of a diesel-powered digger, digger operator Jean-Michel and a tractor-lorry operated by Mehdi. Total price: €4,800 – not cheap but a fraction of what the natural swimming pool experts wanted.

A word about fossil fuels. Our aim is to create a permaculture farm which uses no fossil fuels and which therefore doesn’t contribute to manmade climate chaos. But in the design phase we’re having to make some compromises. Even the great Sepp Holzer, one of Europe’s foremost permaculture farmers, uses a digger from time to time. (See video below for how he seals ponds by using a digger to mimic the vibration of pigs wallowing in mud!!!)

First of all, we deepened the overflow canal to create a storage facility for the water and the fish. That took a day and a half of mechanical digging.

At 3pm on day two we opened the barrage between the pond and the canal and watched the water slosh in. 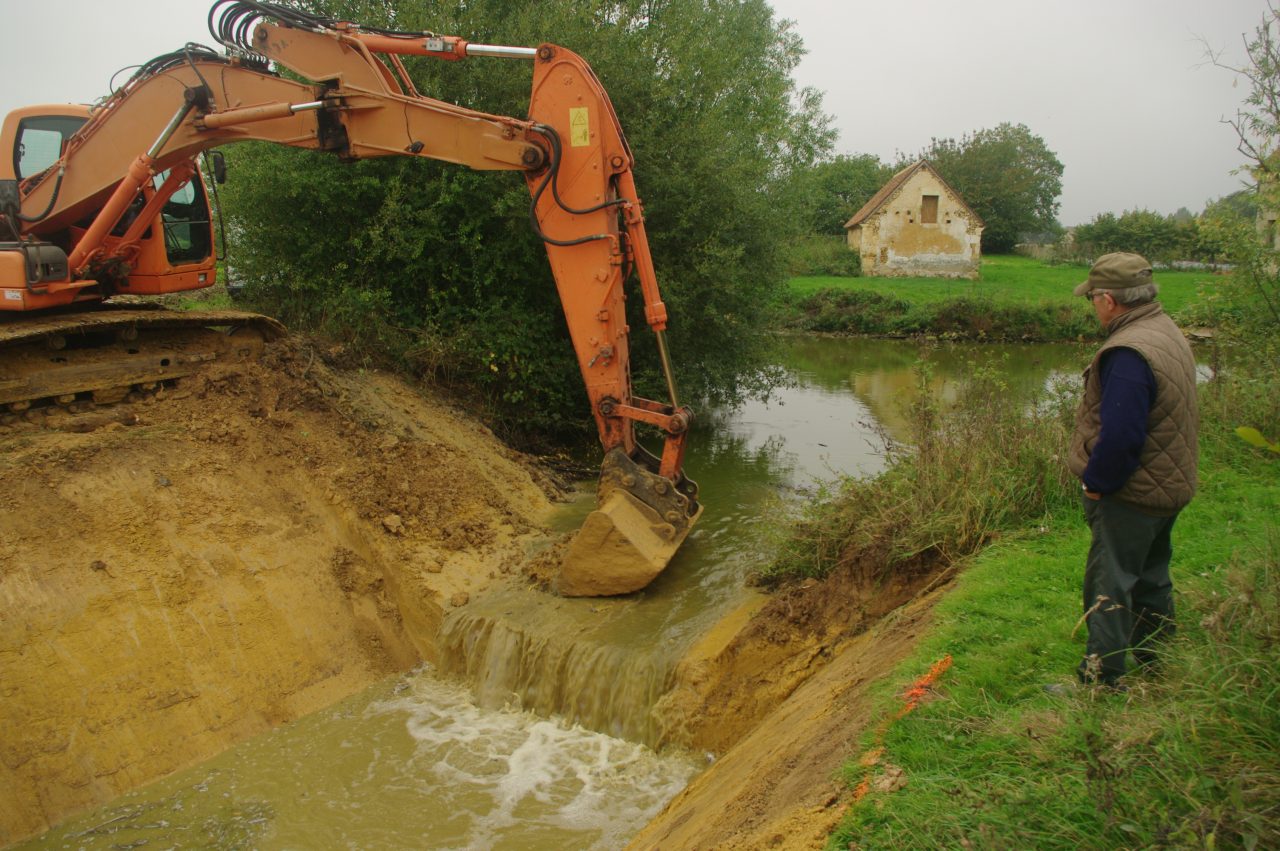 The fish were a bit reluctant to move at first, but they mostly got the message when it became clear that the pond was emptying fast. That evening, I spent two hours running around with a children’s fishing net trying to save any stranded fish! 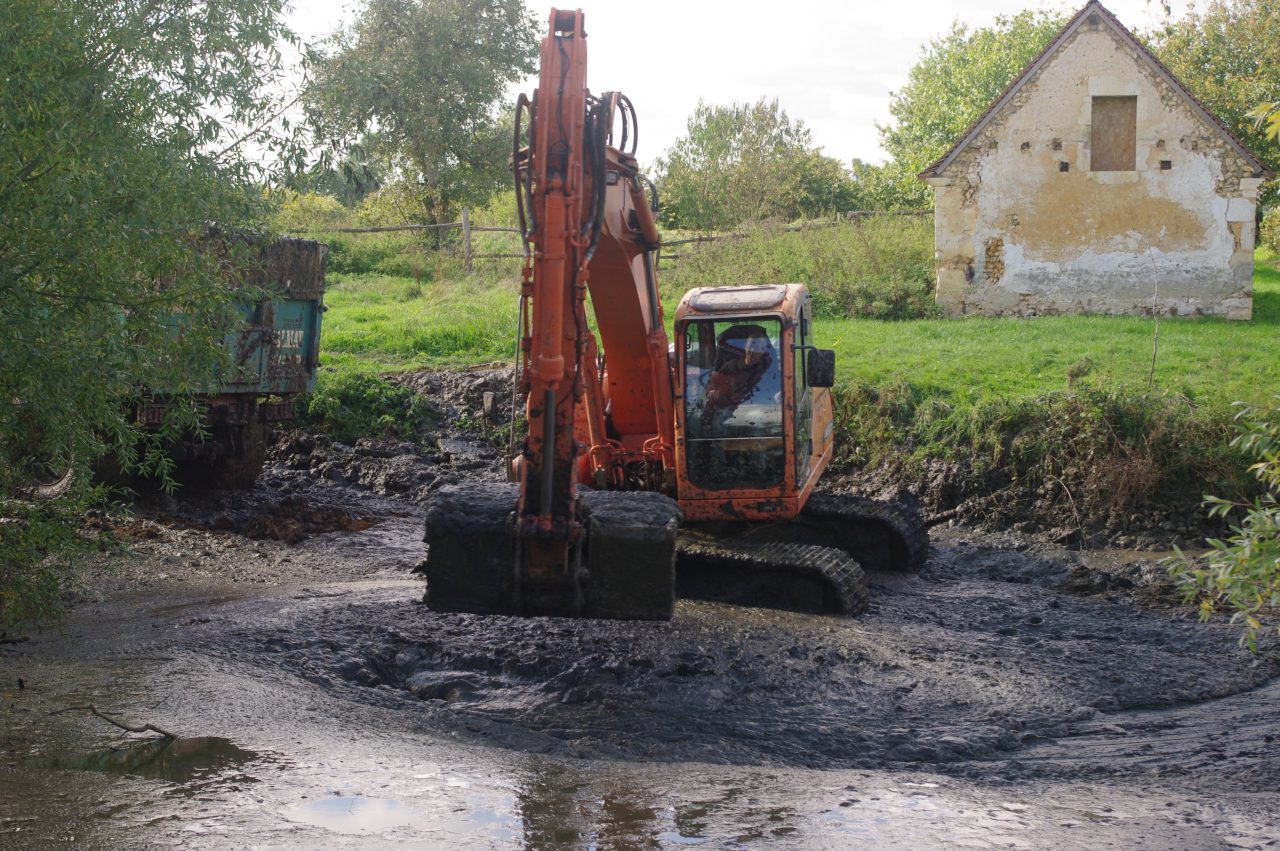 Once the pond water and fish had been transferred to the canal, JM began dredging the pond. The mud was a metre thick in places so there’s a lot of it! 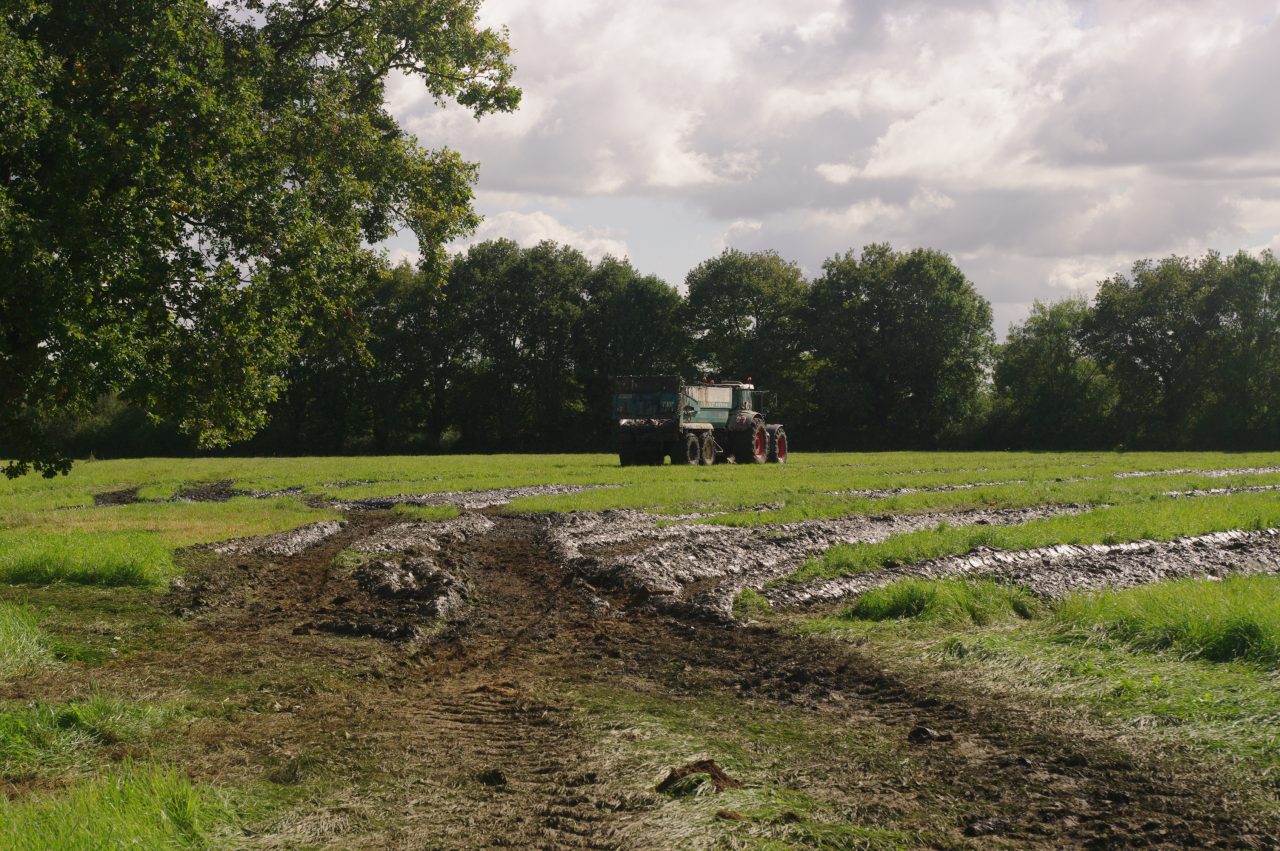 Mehdi then spread the excavated mud on the field. This is 50+ years of decomposed leaves and twigs so it’s fabulous compost. 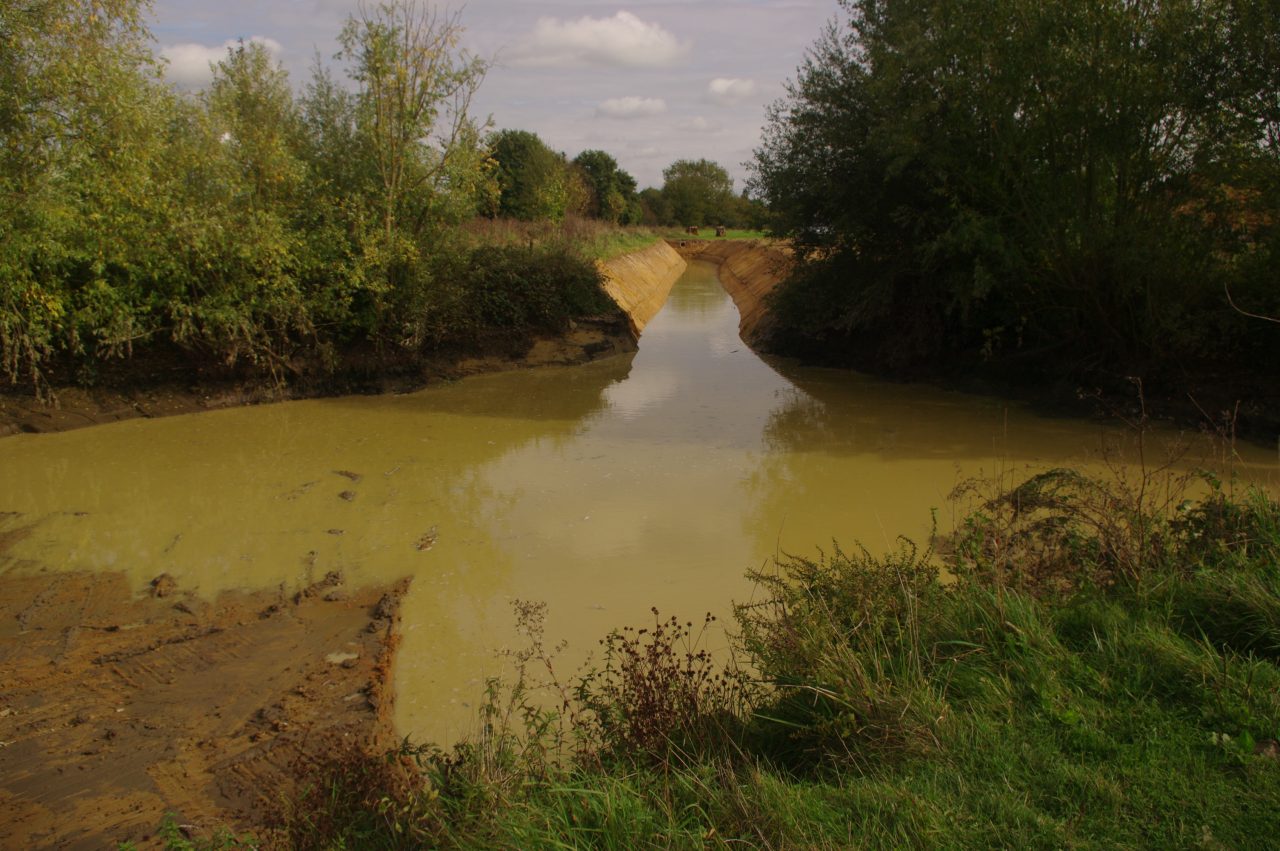 To complete the swimming pool, we continued the line and depth of the canal into the pond. We now have a 50m Olympic laps pool!

The gutters on the Main House already direct the rainwater they catch into the pond via underground pipes. We’ve now installed guttering on Outhouse 1 so that even more rainwater is diverted into the pond. 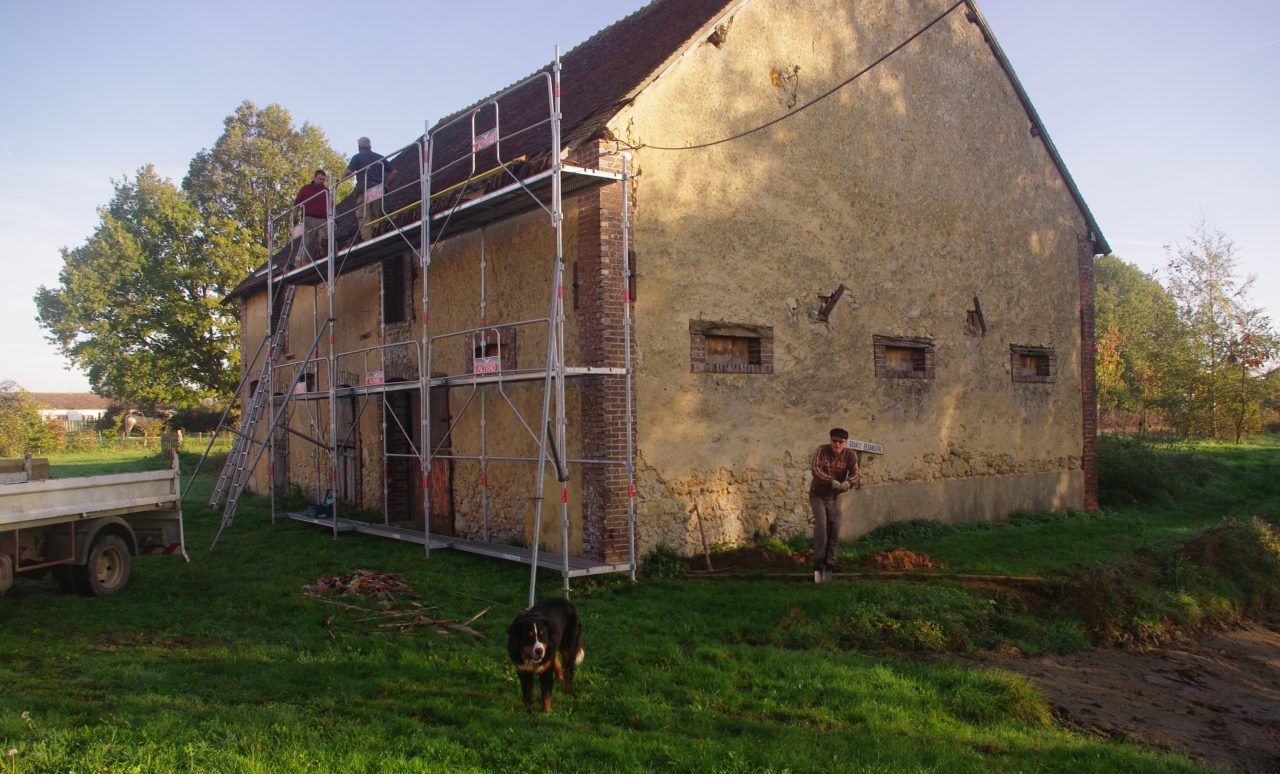 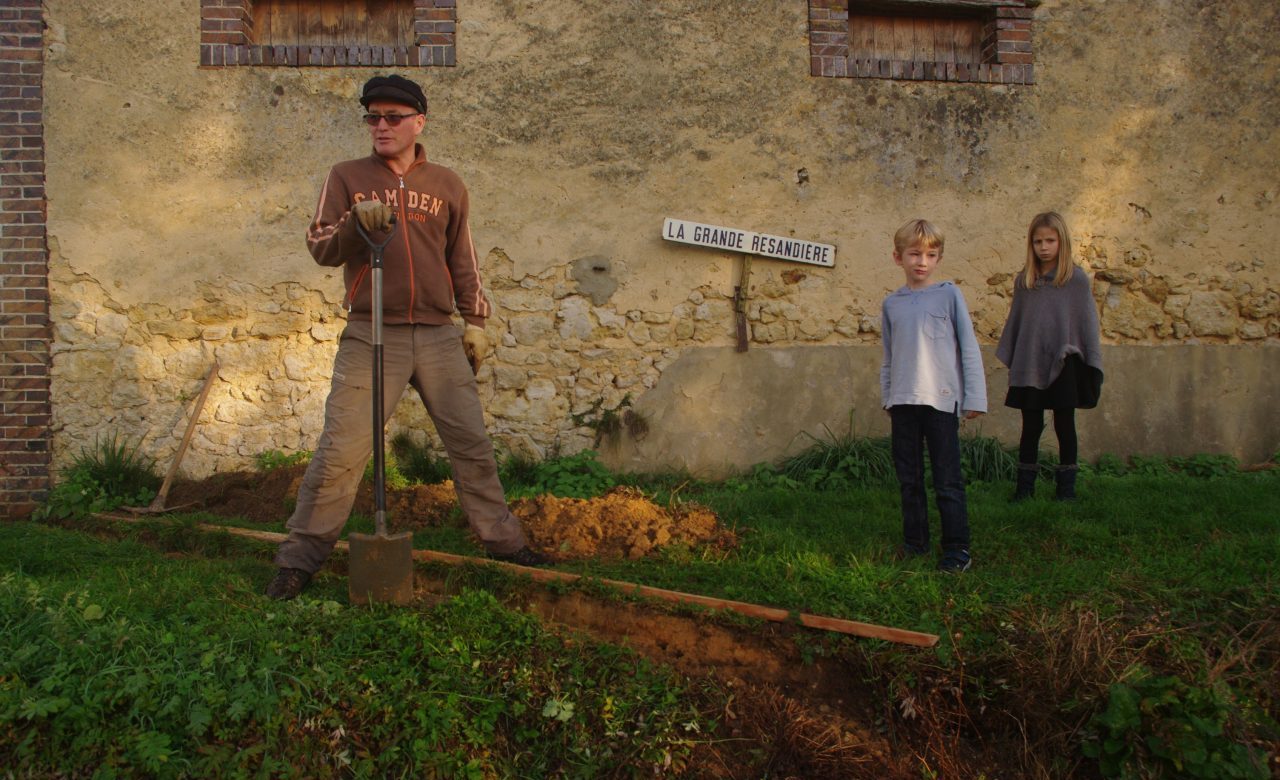 We have one other possible source of fresh water: our concreted-over well apparently goes down to an underground river, so I’m looking into whether we can use a solar pump to bring up water from it. 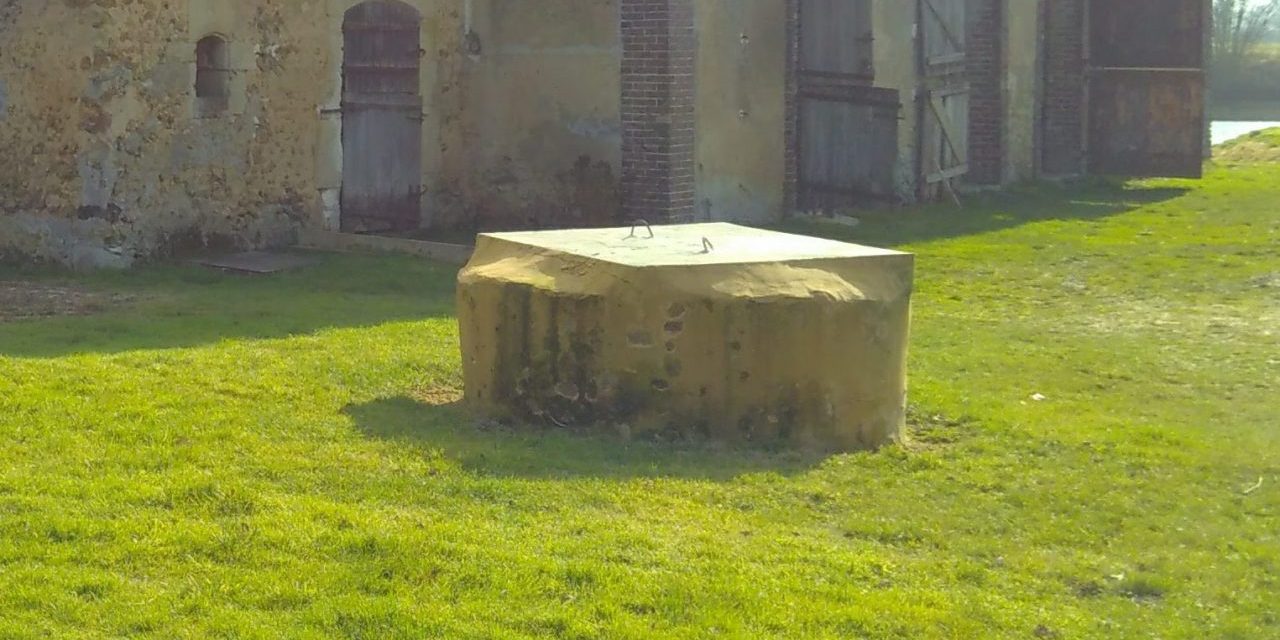 Our neighbours have offered us oxygenating plants from their pond which will help to filter the water. 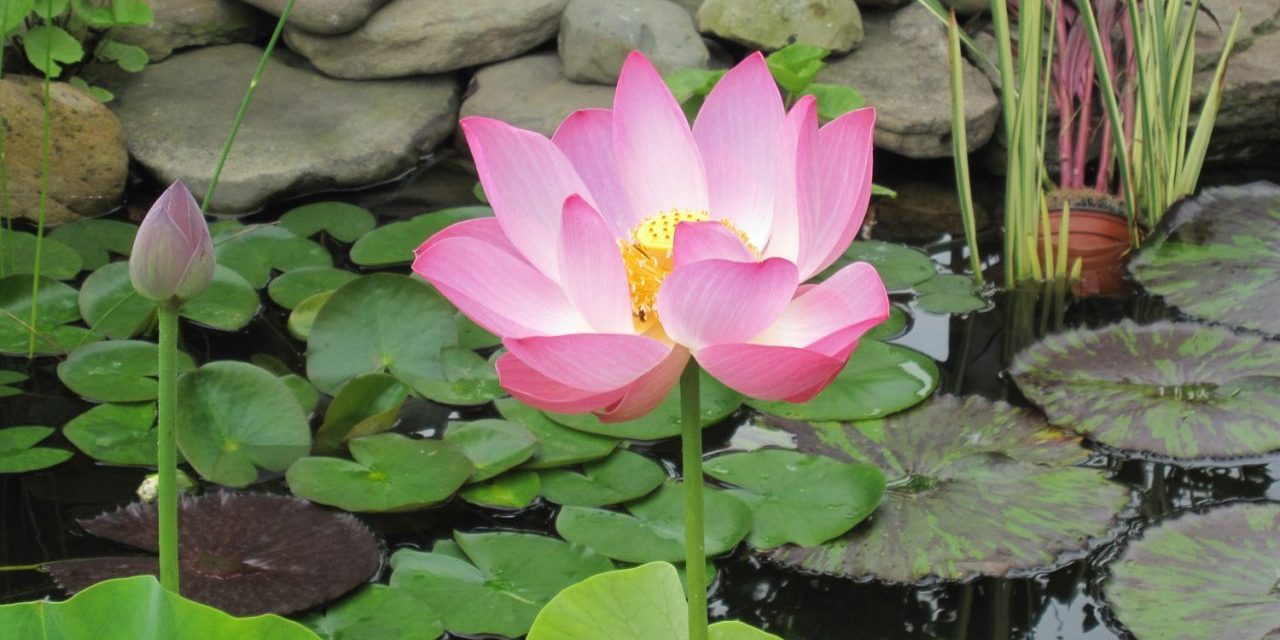 So let’s see what our various sources of fresh water and the oxygenating plants do to the quality of the water. 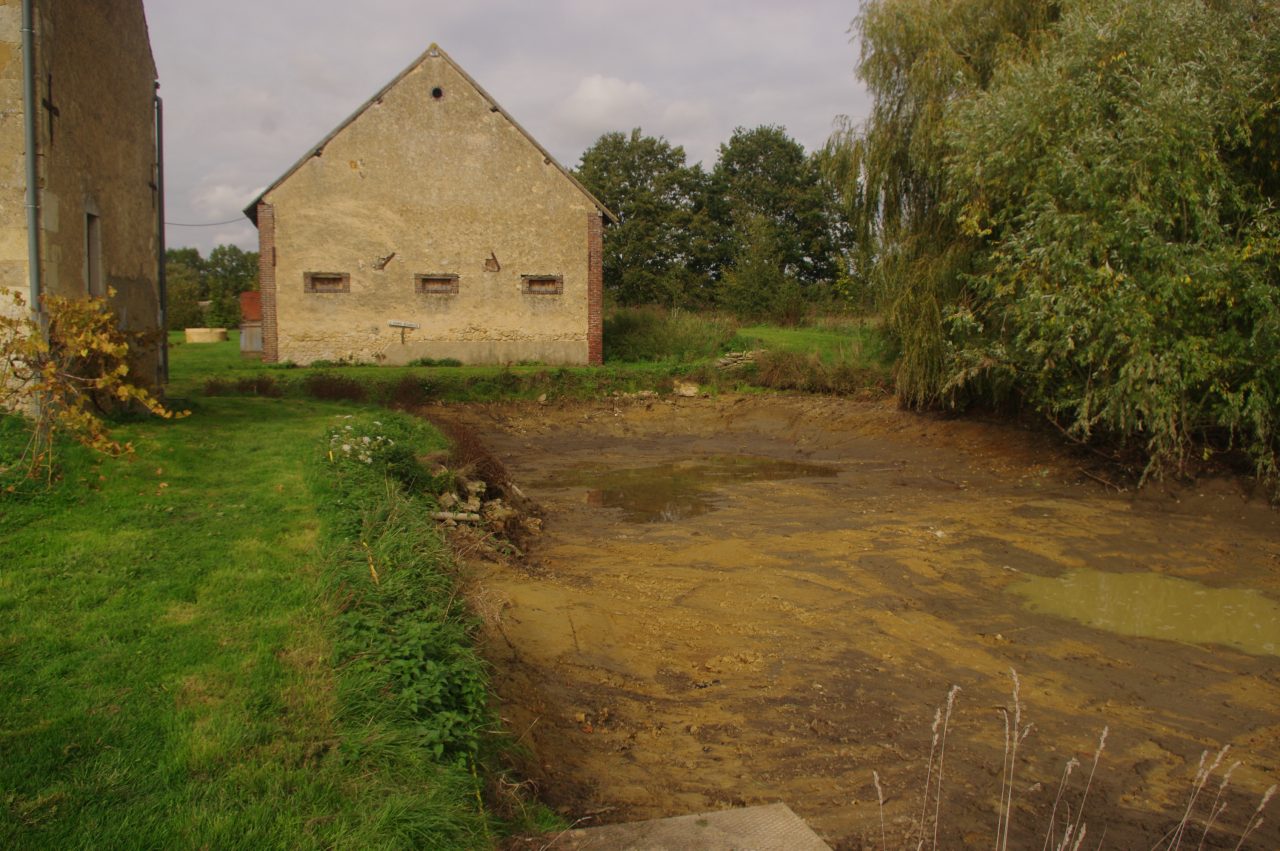 Now all we need is rain. Lots of it. Time to learn a rain dance!!!

2021 : building a greenhouse, restoring the well, expanding the forest garden, spreading the poo!