B is for Bees

More than 50% of the bees in the world have disappeared in the last fifteen years. This epidemic, known as Colony Collapse Disorder, is spreading from hive to hive all over the planet. Everywhere it’s the same scenario: by their billions, bees are leaving their hives never to return. No dead bodies nearby. No visible predator.

Arriving on Earth 60 million years before humans, Apis mellifera (the honey bee) is as vital to our economy as it is to our survival. Most of our fruit and vegetables are pollinised by bees. According to the UN Food and Agriculture Organisation, the value of bee-pollinated crops was nearly $200 billion in 2005.

Here are a few films worth watching about the bee crisis:

Queen of the Sun

Vanishing of the Bees

We will have bee hives at The Big Raise, but we’ll practice natural beekeeping where the vast majority of the honey is left for the bees to keep them going through the winter. Conventional beekeepers take the honey and replace it with sugar solution. This weakens the bees. We’ll only take a tiny part of the honey, and only in spring when we’re sure the bees have made it through the winter. And we’ll only use it for medicinal purposes, not for spreading on our toast every morning at breakfast.

Honey is too valuable to be treated as just another consumer product.

Pesticides are also weakening bee populations. Neonicotinoid-based pesticides are worst but all farming chemicals cause problems for insects and birds. We’re lucky that the fields around The Big Raise are grazed by cows, half of them organic. But you don’t have to go far in France to find pesticides. And bees travel up to 3km from their hives.

It’s not really a surprise therefore that bee populations are collapsing. Nor should it come as a surprise when we have to pollinate our fruit trees by hand as already happens in parts of China where bees have disappeared. 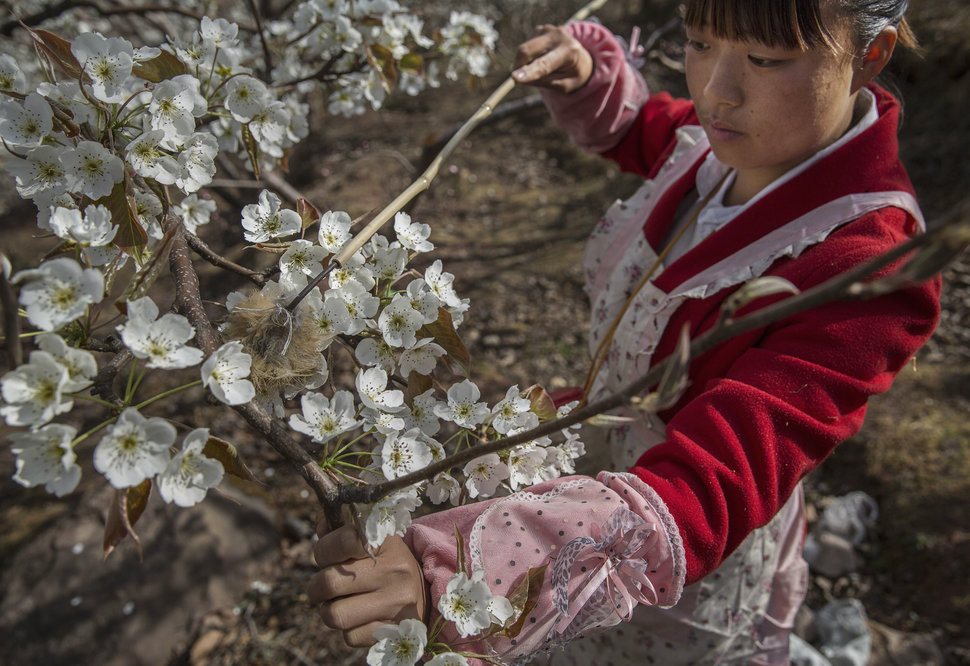 Ten things you can do to help bees.

B is for Bec Hellouin

B is for Bioturbation

B is for Bottle