Good news – our September permaculture and meditation course was full (and the participants were lovely!), and our October and November courses are also full. 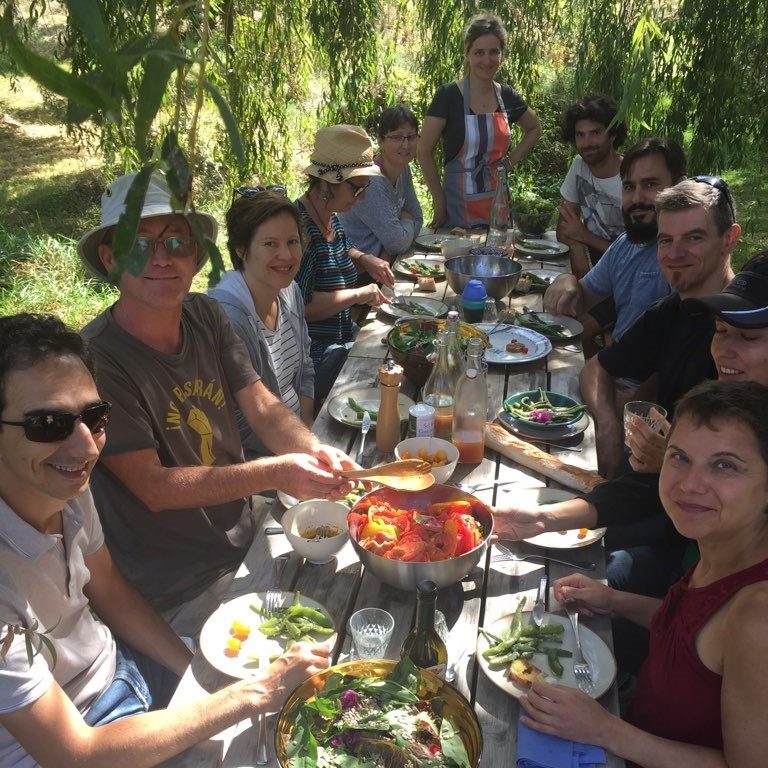 People are already asking about our spring 2020 courses so here are the dates:

You can’t build Rome in a day but you can build a Hügelkultur or two (above left). Borlotti beans climb – who knew (above right)?! Tomatoes grow really well around the house where we see them every day, but further than that and the water hens love them. Again – who knew?

The Holy Trinity or Three Sisters

Pumpkins and strawberries grow well together

We finally achieved the holy trinity (in permaculture terms!): corn, beans, squash. The corn goes up. The runner bean grows up the corn and adds nitrogen to the soil. The squash covers the soil and keeps it cool and free of competing plants. This “Three Sisters” technique dates back to the Native Americans.

Corn is a source of basic carbohydrates, protein and vitamins for humans. What it lacks – two essential amino acids, lysine and tryptophane, plus riboflavin (B2) and niacin (B3) – can be found in beans. Beans are also high in protein, complex carbohydrates, folate and iron. Meanwhile squashes are carbohydrate-rich and packed with vitamin A. And their seeds provide useful vegetable fats that corn and beans lack.

We welcomed our first WWOOFers this summer. A surprising number of mothers sent us their husbands and teenagers!

The new compost loos being built

One of our new compost loos, or Swiss chalets as we call them, is open for business at last. And very enjoyable it is too! 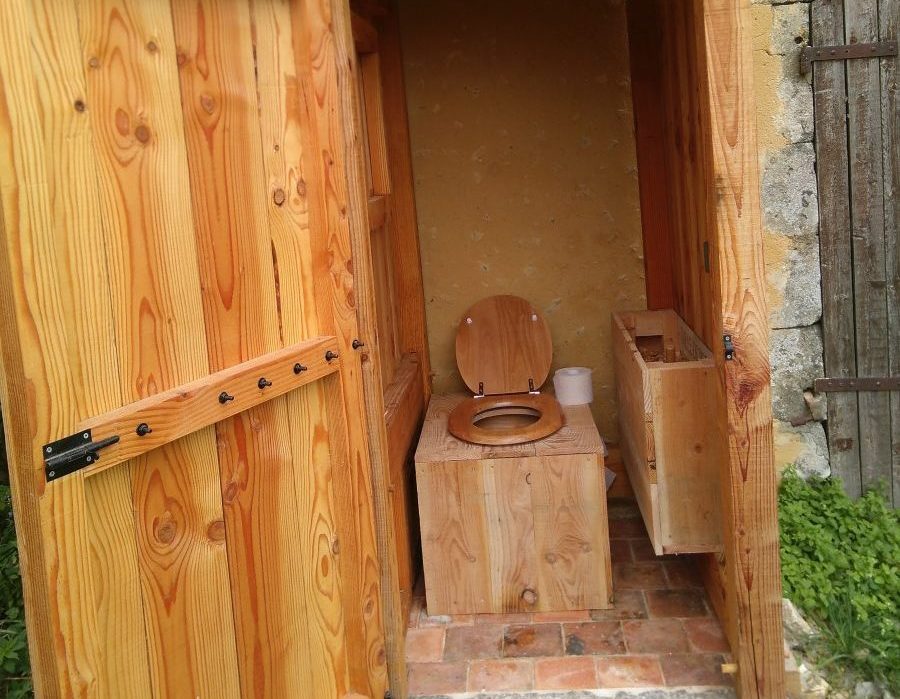 Death of the green manure and drought – next steps 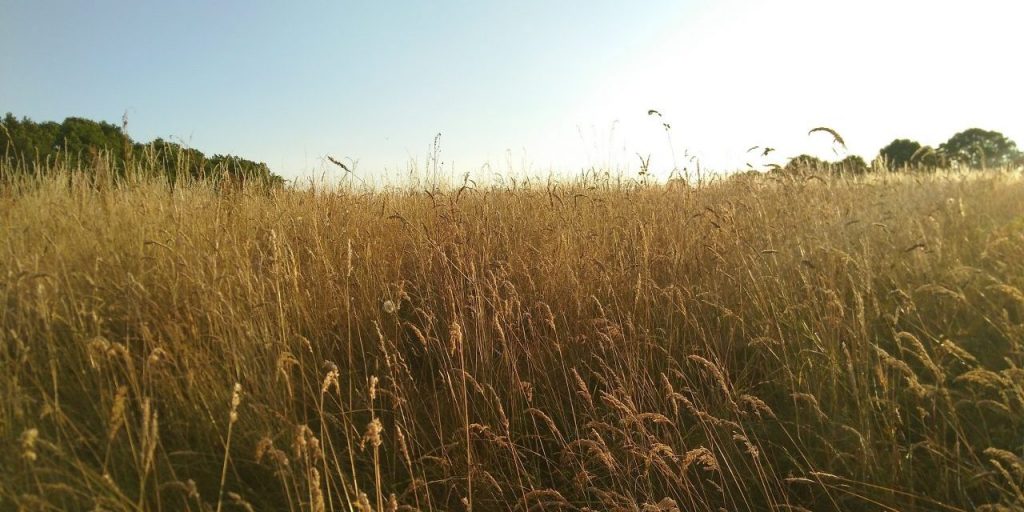 Fields of Gold. Or rather drought!

Some of you may remember that we blew €1,000 on green manure to improve the fertility of our 15-acre field. “Blew” because it was planted shortly before it stopped raining. Between May and the end of September it only rained properly once. So the green manure that did grow was soon killed off by the drought. So far we’ve had the wettest winter for 50 years (2017-18), a very dry summer (2018), a dry winter (2018-19) and a drought (summer 2019). It may be hard to see that the climate is changing if you live in town, but it isn’t if you live in the countryside!

Our next steps for the field are these:

1) Leave it to do its own thing

We’ve decided to rewild it rather than let the farmer come back with his brutal modern plough or harvesting gear. We’re going to work our way slowly through it over the next ten years. If something grows that we like, then we’ll leave it there. That’s much more permacultural. (Good idea, Blanche!)

We’ll sow green manure more sparingly this autumn in the part of the field closest to the house. Again, that’s more permacultural than sowing all 15 acres in one go as we did in the spring. We’ll probably plant rye which has deep roots that can break up the clay which starts 30cm down. And clover to improve the fertility of the field. And we’ll add a spadeful of agricultural lime (crushed limestone or calcium carbonate) around trees as we plant them to reduce the acidity that has built up over decades of extracting hay from the field without replenishing the fertility.

We’re going to dig at least one new pond for water storage this autumn. And buy a portable solar water pump so we can pump water from the ponds to trees and plants that need a drink if/when drought hits next summer. And we’ll rehabilitate the well, which the former owner, Steve, concreted over to prevent his daughter falling into! Apparently, there’s an underground river at 24m down. If the water quality is ok i.e. not full of pesticides from industrial agriculture, then we can use the solar pump to fill the ponds in times of drought.

It’s worth pointing out that, because we cleaned and deepened the pond when we arrived at the farm, we still had enough water to swim in this summer, despite the drought. Apparently very few of our neighbours had water in their ponds this summer.

Sadly Thelma (above left) has developed into a ruthless killer of small mammals, including, most recently, a rabbit, which she kindly left for us vegans to finish! We’ve just about persuaded her not to bring her prey into our bedroom at 6am for the final play/torture/kill. Meanwhile Louis, who’s a lot less adventurous and prefers a more sedentary lifestyle (vis his love of red slippers above right), was, until recently, still chasing butterflies or tossing Thelma’s carcasses about as if they were champagne corks. But he’s now caught and killed his first mouse. Aw and ow!

Surviving lockdown at the farm